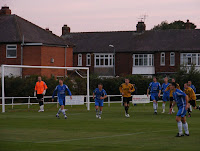 Only four places in the league and the width of the A19 separate Norton & Stockton Ancients and Billingham Town at the start of tonight's game. A couple of hundred people have turned out in the evening sunshine and the covered stand, with seats in the club colours of amber and black, is around a quarter full.

Norton make a fast start but the Billingham defence stand firm. "Faster lads, eh?" yells the Billingham coach. "Start again," coax Norton's bench. The ball goes from left midfield to the halfway line, is floated into the box, and the centre-forward curves a header around the keeper into the corner of the net. "Good game," the man next to me says. "Glad I came out." "Aye, well," laughs his mate, "the only other option's England, isn't it?" 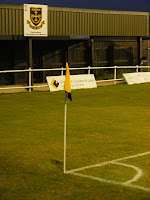 Norton's second goal comes from a corner. "Where's the movement in there, eh?" the Billingham coach asks as the left back shifts the ball on to his right foot and bends his shot in off the post. The defenders look at each other, their coach up at the sky.

The second half follows much the same pattern as the first. Norton pass the ball to feet, Billingham lump it aimlessly upfield. "Why can't we keep the ball?" shrieks the goalkeeper just before Norton add a third. Billingham lose whatever semblance of shape they had. "What's left?" their keeper asks after Norton have another shot. "Plenty," shouts a fan. "Seventeen," says the linesman.

It's going to be a big season for Norton & Stockton Ancients. 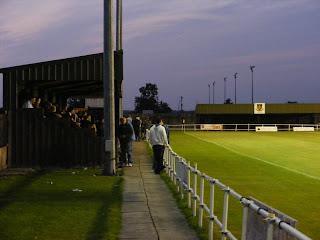 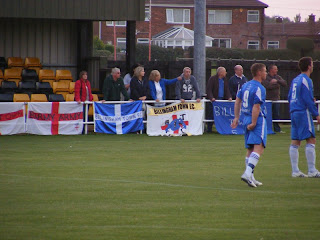