Available to buy on Amazon here.


In Bed With Maradona

Kashiwa Reysol
Whatever Happened to Urawa Reds? (also in World Soccer Magazine)
Dettmar Cramer: The Football Professor (also in World Soccer).
South Korea vs Italy
The Importance of the Northern League
The Legacy of Kim Yong-sik
Cha Bum-kun
A Japanese Nigel Quashie
Dragan Stojkovic. Better Than Wenger.
A Good Week for Gary Lineker (Nagoya Grampus)
Omiya Ardija and the Invisible Fans
The Decline and Fall of Chernomorets Odessa
From Washington Colliery to the World
With The Ball at Brazil 2014

The Greatest Goal I Ever Saw: David Kelly against Portsmouth

The Ball is Round

Opinion pieces, player profiles and club histories for The Roofer, the Northern League's Programme of the Year in 2013-14.

Playing for Kicks in the Kanto Regional Leagues

View from a Newcastle Fan

All Eyes on Uruguay


The full account of how I ended up supporting Omiya Ardija is a long and complicated story involving a grave misunderstanding of the geography of Greater Tokyo, the David Mitchell novel number9dream and an Arsenal-supporting English teacher from Limerick. Essentially, though, it all boils down to this: as a Newcastle United fan from birth – thanks a bunch, Dad – and thus duty-bound to root for wildly unsuccessful sides wherever I can find them, I could hardly have supported anybody else.

When I first came to Japan in September 2004 Tochigi Soccer Club were in the 2nd division of the Kanto League and my closest J.League teams were the country’s then most successful team, Kashima Antlers, the best supported side, Urawa Reds, and their city rivals Omiya, who’d never finished any higher than fourth in J2. For once, my arrival coincided with an upturn in fortune, Ardija finishing runners-up behind runaway J2 champions Kawasaki Frontale. My first game at the NACK 5 was a 2-0 victory over Kyoto Sanga on the season’s final afternoon. It’s the closest I’ve ever come to feeling like a glory hunter.

The raucous, orange-clad crowd that day included one fan, in sunglasses and an Omiya scarf, who sat on a crash barrier directly behind the goal, raising his middle finger to the Sanga keeper throughout the whole of the second half. “Maradona played here once, you know,” my Irish friend told me, as Ardija’s Brazilian forward, Baré – later a J.League Yamazaki Nabisco Cup winner with Gamba Osaka – danced a Samba by the corner flag. If ever there was a moment to half fall in love with a football team, then that was it for me. Later that night, I shimmied up a lamp-post opposite Omiya Station and liberated a promotion flag, two fans and a shopkeeper cheering me on. Resplendent with a cartoon squirrel, it now enjoys pride of place on my living room wall.

While I can’t pretend that Ardija will ever engender the same depth of emotion as my English first love, the Squirrels have a way of burrowing under your skin. Ardija fans are a friendly, sometimes cynical, but always self-deprecating bunch, with none of the braying arrogance which sometimes characterises our Saitama City noisy neighbours. When I returned to Tokyo in 2008 I took three workmates along to Ajinomoto Stadium to see an Omiya side who’d lost five games in a row play soon to be relegated Tokyo Verdy.

“Who’s this team again?” asked Mark, a Sheffield Wednesday fan, still glassy-eyed from the night before, “and why the hell do you support them?” “How far is the ground from the station?” moaned Richard, who claimed to be a Swansea supporter but spent a disturbing amount of time attempting to talk rugby. “Look at the sky,” said West Ham fan Patrick, whose morose facial expression suggested it wasn’t bubbles he was worried might be about to start falling.

The game ended in a 1-0 defeat and eleven orange shirts slumped to the ground. “God, that was awful,” said Patrick, tidying away some discarded cans of beer. “When are they playing again?” asked Mark. “I wouldn’t mind seeing them at home.”

See, no matter how bad they are – and sometimes they’re very, very bad indeed - Omiya Ardija have a way of doing that to you. 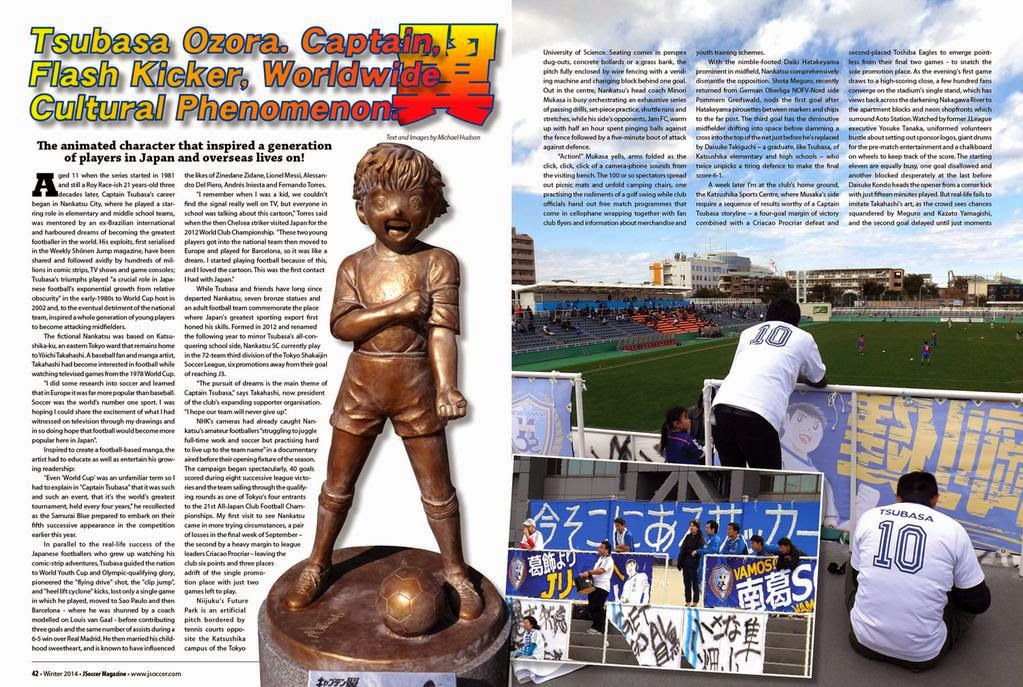 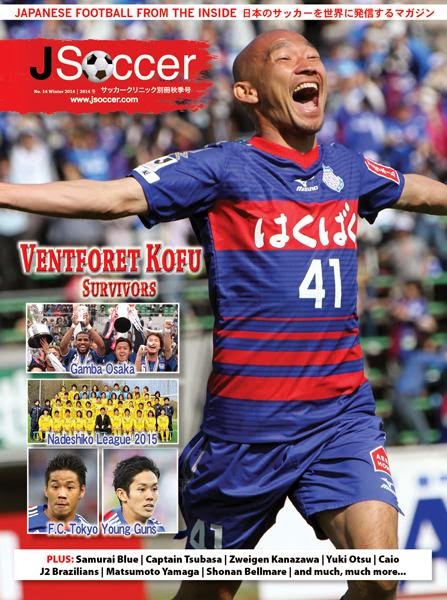