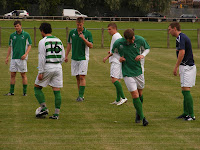 Non-League Day and the first home game of the season have attracted 58 fans to the Birtley Council Sports Complex, including a man from The Times and ten who've travelled up from Northallerton. There are five people in the tiny covered stand, which we've just spent an hour and a half cleaning with a sweeping brush and rag.

The game is scrappy, with Northallerton starting marginally the better side. "Yorkshire, Yorkshire," their fans shout confidently from behind the factory-end goal. But it's Birtley who take the lead, scoring from a long free kick that smacks against the post and is scrambled in at the second attempt with the keeper still looking surprised. You expect the away side to hit back but the home team keep up the pressure, the Northallerton keeper having to scramble backwards to tip a long-range shot over. A few minutes later a looping effort comes back off the bar and Birtley, last season's Division Two whipping boys, leave the pitch to the unaccustomed sound of applause. 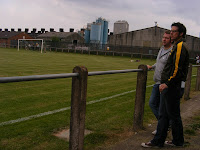 The second goal comes with twenty minutes left. The ball's kicked forwards, bounces back off a Northallerton player's leg and falls into the path of a green-and-white shirt. One touch and the net ripples: Birtley Town are back in business. 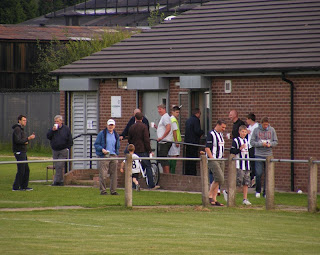 The away fans mob the tea hatch. 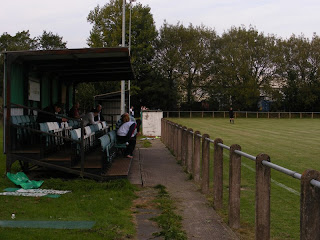 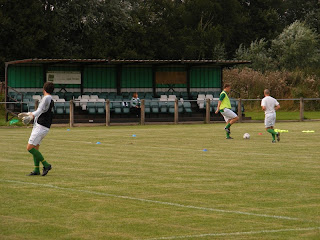 Warming up for the big day. 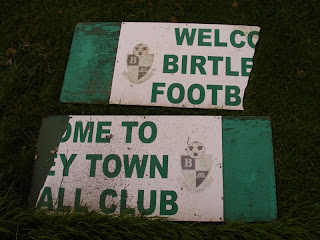 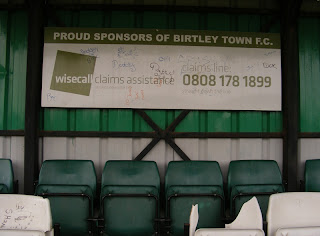 Gleam on seats the photographer's own work.
Posted by Michael at 18:11