“There have been many examples of what Wallsend Boys Club has done not just for Newcastle but also for football in general and the England team. It really sets the standards at a young age and you are prepared for the rest of your career and life,” Steve Watson, England Under 21 international and Premier League runner up with Newcastle United.

What has Wallsend Boys Club given to the game? More than sixty professional players, two current managers and Alex Ferguson’s goalkeeping coach, one Champions League, a Cup Winners’ Cup, 14 league titles in England and Scotland, 145 caps and five of the last six England World Cup squads. “A local charity youth club with a history of producing talented football players,” its website modestly proclaims. The club’s origins are thought to go back to the early years of the 20th century, though it was formally founded in 1938 by the directors of the famous Swan Hunters Shipyard, who wanted to provide a sporting outlet for the energies of their young apprentice workers. “The objects of The Club are to help and educate members through leisure activities, to develop their physical, mental and spiritual capacity in order to help them become useful and responsible members of society,” as the constitution states to this day. 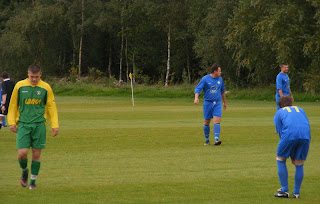 It was shipyard workers who provided the first clubhouse, a corrugated iron shed built on Station Road in 1903. The latest building, in nearby Rheydt Avenue, was paid for by a Football Foundation grant and local fundraising events, including an Annual Dinner which Alan Shearer, Peter Beardsley and Steve Bruce still regularly attend. Shearer donated £15,000 from his testimonial funds to the club and Michael Carrick’s dad serves on its committee. “I started going there when I was five on a Saturday night,” the Manchester United midfielder recalled. “It was the focal point of the community. It was the gathering place for my mates and me and a great place to play five-a-side. The quality of coaching when we played was always excellent despite the fact they were mainly volunteers. Their expertise helped bring me along and develop my skills." “The attitude and conduct demanded,” explained ex-Burnley player Jeff Tate, “not only made you a more complete, competitive footballer on the pitch but a better, more rounded personality off it”. 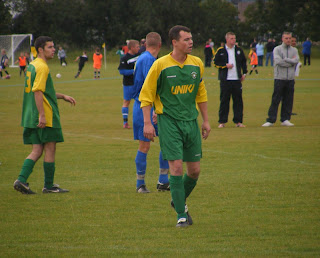 Wallsend’s senior team play in the Northern Alliance Division Two, where opposing sides include both Bedlington and Alnwick Reserves, Whickham Lang Jacks and Harton and Westoe Colliery Welfare. Harton were previously known as Simonside Sporting Club. After stepping up from the Durham Alliance, they finished third last season and are still unbeaten this time round.

“It’s about how we approach the game,” the Wallsend coach tells his team before the start. “These are a decent side and we’ve got to be on our toes.” There are training sessions on the other seven pitches, though the main one stays empty while everyone waits for the car bringing Harton’s kit. “He’s gone to the wrong post code,” one of the officials explains.

When they do come out, the visiting team – whose squad includes players from the recently folded first division side Shields United – are visibly older than the young Wallsend side, and it’s little surprise when they take the lead, a 40-yard lob catching teenage keeper Sam Guthrie off his line. The home side equalise four minutes later, a miskick dropping fortuitously for the unmarked centre forward, and Guthrie makes a double save with his face to keep the scores level at half time. 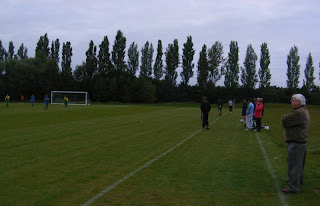 In deepening gloom, the second half is a manic, ill-tempered affair, not helped by some heavy tackles and the Harton official’s unique interpretation of the offside law: if the ball goes towards an opposition forward, the linesman shall immediately raise his flag. Wallsend take an early lead, their two front players combining well, but Harton level the scores soon after and edge in front when a free kick plummets onto an unmarked head in the area. As darkness and midge clouds descend on our heads, Wallsend bring the scores level and then go 4-3 ahead, the two forwards breaking the offside trap as the slower Harton defence play an unwisely high line. With nine minutes left to play, the visitors equalise again, their centre forward groping towards the ball and heading in on his knees. Three minutes later it’s 5-4, a Harton midfielder touching the ball past the onrushing keeper and outpacing two defenders to slot into the corner of the net. Immeasurably more entertaining than deadline day on Sky Sports News; “That was undoubtedly the craziest game I’ve ever reffed,” Paul Mosley tweets after full time.