Two red and white stands, a red and a white welcome sign, red and white strips, a red and white badge, red and white programme cover and red and white railings around the pitch - the address isn't the only thing that gives Sunderland RCA's footballing allegiances away. Scarves are on and hoods go up for the first round of the Durham Challenge Cup. "Bloody freezing, isn't it?" says someone disappearing through the red portakabin door that leads into the bar and snack counter. 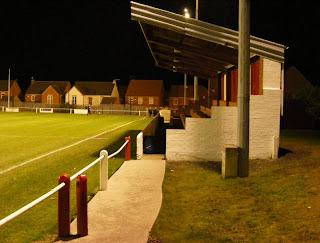 There are three corners and a goal in the first five minutes, all to RCA. Ryton, last season's beaten finalists, have had to slash their playing budget after failing to find a sponsor and have lost their last two away games 7-0 and 8-1. Their manager stands with his arms folded across his chest, his assistant repeating every instruction with a half-second delay: "Keep your heads up", "Howay lads, we're miles off them, "Push up" and "On his feet." The goalkeeper takes the last one too literally and unwisely attempts a tackle on the edge of the area. As a defender races back to cover, the forward turns in two movements and leisurely chips the ball over his head. 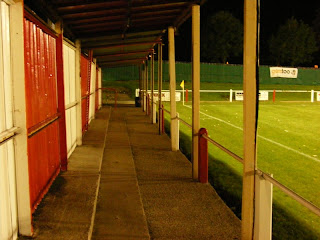 The third clanks in off a post, the fourth comes when a player drifts past a half-challenge and puts the ball into the space the keeper, edging across his line, has just left behind him. The Ryton bench goes silent. "They'll go to pot if they let another one in before half time," my brother says.

Half time comes and goes, Ryton hold on and have a long-range shot spectacularly tipped away. They should score once, maybe twice, but instead allow a single attacker to squeeze the ball through eight defenders and another to spin it into the net. Job done, Sunderland take off their scorers and play two centre-halves up front. We're into time added on before they score a sixth, but they still find time to hit the post and blaze a shot over the bar. "Can't be much fun," says an RCA fan, "getting howked like this every game." 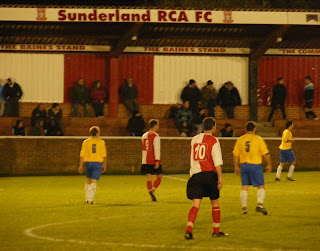