The further down the league pyramid you go, the less expendable people - players, managers, tea ladies and even the proverbial one man and his dog watching from the touchline - become to a football club. So while Newcastle United could afford to sack a manger whose team sat 11th in the table and had recently thrashed their local rivals 5-1, for Silksworth FC, a struggling team ten whole divisions below the Premier League, losing boss Steven Smith is, quite literally, a matter of life and death. 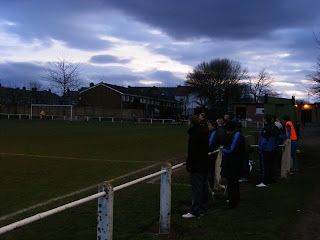 Until the middle of the 19th century Silksworth was little more than an area of farmland three miles south of Sunderland. When the Marquis of Londonderry sank the village’s first coalmine in 1869 there were fewer than 600 people living in the neighbouring hamlets of Silksworth and Tunstall. Within a decade the population had risen tenfold and more than 2,000 men and boys – some from as far afield as Germany and the USA - were working shafts up to six hundred feet underground in what became Londonderry’s showpiece mine.

Among the tens of thousands of people who would eventually work the mine was a man called Joe Gurney and three of his four sons. The other, Bobby, played for Silksworth Boys, Hetton Juniors, Seaham Harbour and Northern League Bishop Auckland, where he was spotted by Sunderland manager Charles Buchan and signed for a fee of £10 in 1925. Gurney scored nine goals on his debut for Sunderland’s reserve side, and netted after just nineteen minutes of his first team debut against West Ham the following year. Over the next two decades – and despite suffering three broken legs – he played 388 times and scored 228 goals for his hometown club, including ten hat-tricks and the opening goal of the 3-1 1937 FA Cup Final win over Preston North End. In 1936 his goals helped Sunderland to the First Division title - the last time Sunderland (or indeed any team wearing stripes) have finished champions of England. Despite this, he managed only a single England cap, appearing in front of a crowd of 129,000 at Hampden Park in 1935. After retiring as a player at Sunderland, Gurney managed Peterborough United, Darlington and Hartlepool. He died in April 1994. A blue plaque outside the Silksworth Welfare ground commemorates his birthplace in nearby Stewart Street. 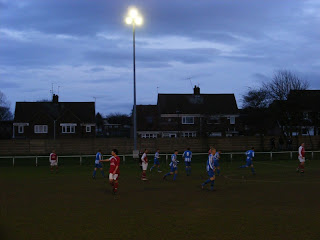 When Silksworth Colliery closed in the 1970s, the town – by now a suburb of Sunderland itself – was forced to reinvent itself. A sports complex was eventually constructed with floodlit football pitches and Europe’s largest dry ski slope, while parts of the old mine were turned into a boating lake and skateboard park. In summer 1998 a man called Steven Smith reformed the town’s football team, once known as Silksworth Colliery Welfare, as Thorndale FC. Chairman and manager, Smith wanted a make a club where local people could get together and play a game of football. Almost thirteen years on - and now known as Silksworth Community Football Club - his team has progressed through the Hetton and District, Tyne & Wear and Durham Alliance Leagues, raised over £12,000 for local charities and seen almost two hundred different people turn out in its colours. Next season would have been Silksworth’s fifth successive year in the Wearside League, but work commitments mean Smith can no longer devote Saturday afternoons to football. Without their manager, the club had little option but to fold. “It’s really disappointing we’ve had to take this decision but there was no other option,” Smith told the Sunderland Echo. “Only one player has left and we will fulfil our 14 fixtures, hopefully going out in a blaze of glory. 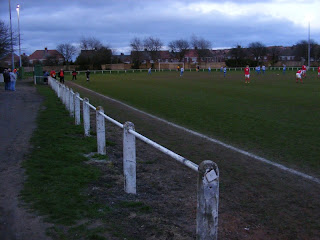 While results haven’t quite matched up to the optimism of Smith’s pledge, recent wins over Willington and basement-dwellers Prudhoe Town have propelled Silksworth out of the Wearside League’s bottom three, where they’d been stuck for much of the season. With nine games remaining, they’ve climbed to sixteenth in the table, five places and nineteen points behind this evening’s opponents Hartlepool FC.

Hemmed in on two sides by the flowerbeds, war memorial and Victorian bandstand in Silksworth Park, the Welfare Ground has a brick clubhouse in one corner and a pair of upright metal dugouts on halfway. When we arrive both are still locked and the players are waiting in the centre circle while a Silksworth official attempts to hunt down the key. “No luck?” asks the referee. “Tell you what, get your subs behind the fence and we’ll just crack on.” 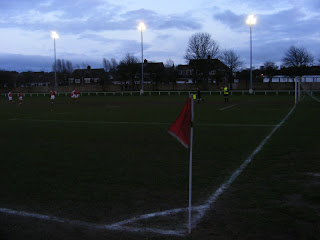 Unfortunately for Silksworth, it’s the visitors who do most of the early cracking, deservedly taking the lead when the home keeper blocks a shot only for the rebound to falls straight into a Hartlepool forward’s path, the Silksworth defence appealing in vain for offside. With the unhappy keeper still haranguing his defence – “There’s no talking, no movement, nothing” – a Hartlepool player advances through midfield and lobs the ball from thirty yards into the roof of the net. “Is anyone gonna put a foot in?” the keeper demands after picking himself off the floor. “Inept,” comes from the Silksworth bench in a semi-audible moan. “That was like Brazil!” a Hartlepool fan celebrates as the scorer is mobbed by his teammates.

Silksworth reduce the arrears with a samba strike of their own, a shot from the edge of the area lashed past the helpless keeper. They smash a shot off the crossbar and have a header beaten off the line. Somehow, Hartlepool miss a one-on-one, the forward lifting his shot over the keeper, the goal and very nearly the fence at the back of the pitch. Half-time comes with neither side quite able to add to their score.

Hartlepool emerge for the second half in the same mood they began the first but find themselves just a single goal ahead when their goalkeeper unwisely allows an angled cross to bounce twice in his area, the second clearing his head and finding its way into the far corner of the net. But the prospect of parity only spurs the visitors on. Two minutes later a free kick is parried away from goal and not one but two forwards are on hand for the resulting tap-in, and though a Silksworth substitute manages to pull a goal back, it’s too little, too late to save his side from defeat. 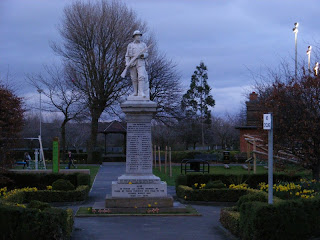