“A club where you genuinely feel welcome,” says Chris Daniel about Coxhoe. “They have a quirky ground, a great pitch and stunning views over towards Durham City. All in all it’s everything you could want as a spectator.” “Everything is spotless and lovingly cared for,” 100 Football Grounds Club author Shaun Smith wrote in early 2009. “Immaculately maintained,” Football Grounds in Focus agreed earlier this year. “A visit to Coxhoe comes with my highest recommendation”. 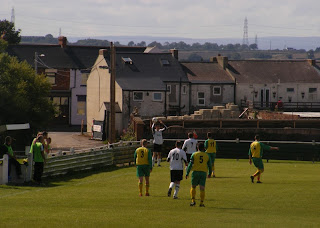 Coxhoe Athletic have been around in one guise or another since the 1950s, carrying on a tradition that began with three clubs - Coxhoe Pottery, Coxhoe Town and Coxhoe St Mary’s – formed in the opening decade of the 20th century. After taking over the running of the Steetley Lime Company football team in the 1970s, the village team won the Auckland League Division Two Cup in 1978 and eventually progressed from the Auckland and District League to the Durham Alliance under the astute management of Gary Forrest. Forrest led Coxhoe to five cup finals in a single season, won the Alliance title in 2003 and 2004 and saw his team score a hundred goals in thirty-six games as, newly promoted to the Wearside League, they finished fourth behind future Northern League sides Darlington RA, Birtley Town and Stokesley Sporting Club. 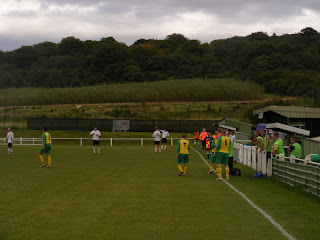 In the summer of 2005 Forrest left for the Northern League himself, replacing Kenny Lindoe at struggling Shildon. Stripped of their manager and fifteen players – including ex-Scarborough forward Wayne Gredziak and defender Rob Bowman, an FA Youth Cup winner with Leeds who played in the same England U18 squad as Paul Scholes, Gary Neville, Robbie Fowler and Sol Campbell - the club’s progress understandably stalled. Last season Coxhoe propped up the league, winning only five games and conceding a hundred and three goals. A brighter start to 2011-12 has seen them draw with Willington and beat league newcomers Silksworth Rangers after an opening day defeat at Redcar, leaving them ninth in the table as the game kicks off. 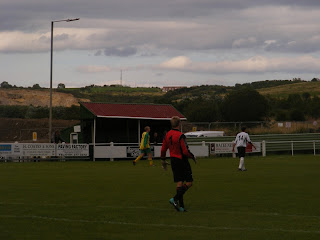 Beechfield Park more than lives up to its billing, freshly painted with neatly clipped grass and a playing surface that is absolutely pristine. The two come out through a gap between a concrete terrace and the main stand, just one of several distinctive, covered structures that are dotted around the pitch. Like Silksworth, the visiting Gateshead Leam Rangers side are in their first season in a step seven league, winning one and losing two of their first three games. 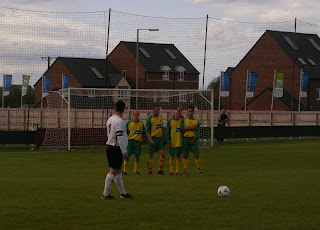 Both sides begin warily, neither having enough movement to pose any threat. With the midfield congested all the two goalkeepers have to worry about are a few overhit passes and the occasional trundled effort at goal. Rangers stab two shots wide after crossfield balls expose the static home defence, finding their range with a diagonal pass which Coxhoe keeper Carl Robinson does well to block only to see Robert Allen sweep a follow up shot past the covering defender. “We’re making everything hard for ourselves,” complains the home skipper Trevor Tearney. “Get the ball down and move.” But despite Coxhoe’s efforts to find an equaliser it’s Rangers who go closest to scoring again, Robinson misjudging a bouncing ball and a header slamming against the outside of the post. 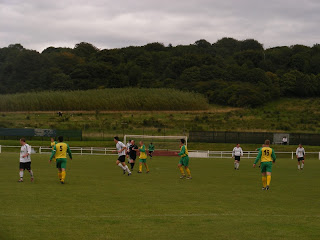 It’s the closest either side comes to a second goal. Despite playing with three up front from midway through the second half, the best the home side can manage is a tame header from a free kick, their over eagerness to get the ball forward meaning they rarely find a player in white. With keeper Dean Saunders commanding his area and Stephen Robinson outstanding at right back, Rangers are largely untroubled by the bustling home attack. Although they never stop battling, Coxhoe run out of ideas before they finally run out of time.