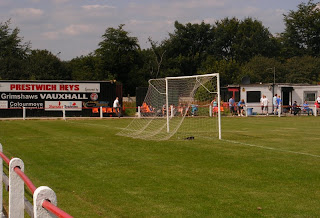 The young side won its first major honour, the Woodward Shield, as Allied troops prepared to storm the beaches of Sicily. By the outset of the 1970s Heys had matured into one of the top non-league sides in the country, reaching the last eight of the FA Amateur Cup in 1969-70 before making a clean sweep of all four Lancashire Combination League trophies the following year. But despite being founder members of the North-West Counties League in 1982, a shortage of financial backing meant the club was already on the wane, dropping down to the Manchester Football League in 1986 after their ground failed to meet the North-West Counties’ grading requirements. A revival in the mid-2000s saw Heys win three successive titles and obtain planning permission to install a set of floodlights at their Grimshaw Park home before the tragic death of manager, chairman and former player Adie Moran in the summer of 2007. Last season saw the club record a disappointing twelfth-place finish, twenty-nine points adrift of champions Manchester Gregorians. 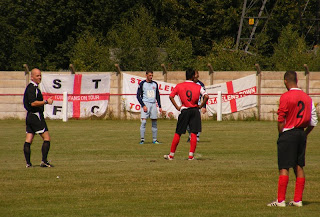 Visitors St Helens Town were also among the North-West Counties’ founder members, though unlike Prestwich they’ve remained there ever since, ending last season seventeenth of the twenty-two Premier Division sides. FA Vase winners in 1987, they had earlier produced John Connelly, a title winner with Burnley in 1960, and Bill Foulkes, a European and FA Cup winner and four-time champion of England during his 563 appearances with Manchester United. Bert Trautmann, the ex-German paratrooper who went on to lift an FA Cup and the Football Writers’ Player of the Year while at Manchester City, started his post-war career with the club after coming out of a nearby prisoner-of-war camp in 1948. Like Foulkes, Trautmann remains an honourary president of the club. 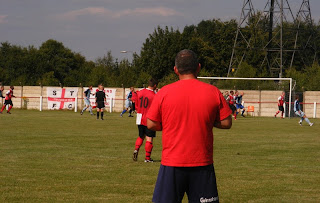 The players are out sunbathing when I arrive at Grimshaw Park, after a ten-minute walk from the Metrolink stop at Besses o’th’Barn. Pylon cables hang above the side of the pitch and ‘Welcome to Prestwich Heys sponsored by Grimshaw Vauxhall’ is painted on the side of the portakabin from which the sides will later emerge. Two static caravans house a small bar and tea hut counter and a pair of brick dugouts marked Home and Away are placed on the side of the pitch furthest from the two-way buzz of traffic coming from the neighbouring M60 motorway. Seating is on the grass or a line of plastic chairs placed in front of the bar. The only cover is from the sun, the concrete perimeter fence providing a few metres of shade in the weeds behind the goal where the six travelling fans have tied up their flags.

The two sides are evenly matched for the first half of the game. “We’ve started flat again,” the visiting keeper tells the crowd during an early break in play. “No urgency, just strolling around.” With Kyle Greaves' pace causing the St Helens' left-back untold problems, both sides have their chances to score before the visiting team break the deadlock immediately before the half-time whistle. The Heys keeper pushes a fierce, rising shot away but Karl Brown is on hand to force the ball over the line. 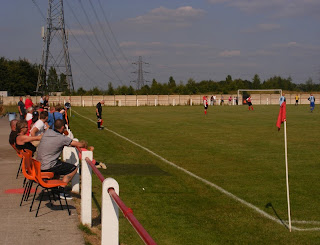 Buoyed by the goal, Saints squeeze the home side at both ends of the pitch in the second half, their offside trap restricting the home attack to long-range shots while their own forwards plant two headers wide and see the impressive Prestwich keeper palm another effort over the bar. On the single occasion Heys break through on goal skipper Matt Morris sidefoots wide with only the keeper to beat. A late rally sees the home side have a shot cleared and another strike the top of the bar, but an Andy Ledger goal in the 85th minute puts a more accurate sheen on the overall balance of play.