Saturday afternoon, one minute to three, and I'm standing in the rain at a place called Mount Pleasant. "Just a shower," a Marske fan says, looking upwards at a black cloud that stretches all the way to the sea. "It'll blow over in a minute."

Hemmed in by back gardens on two sides and a conifer hedge on a third, the shelter at Marske's GER Stadium comes in the form of a wooden stand and metal lean-to along one touchline. There's a wonky sign with 'Marske United F.C.' written in capitals, a blue and yellow flag flapping around in the wind, and a banner reading 'Passionate about steel' tied to one of the scaffolding poles that form a fence around the pitch. And rain, of course. Lots of rain. 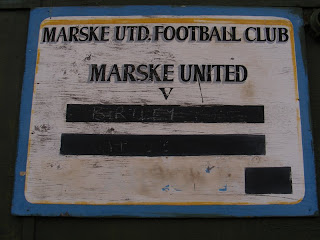 It's the fourth time I've seen Birtley this season and it's their most listless start so far. Marske are given plenty of space to work the ball around, but with both their forwards dropping deep they lack any threat closer to goal. Birtley don't have much possession but are far more direct with the ball, taking a surprise lead with their first real attack of the afternoon. Stuart Nicholson, once a Premier League subsititute with West Bromwich Albion, runs between two sleeping defenders, controls a pass from his own goalkeeper, and jabs the ball in with his second touch. "Shite game, isn't it?" says a Birtley fan at the end of the half. 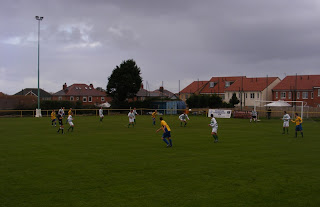 Everything changes in a five-minute period after the teams come back out. Marske equalise quickly and take the lead when the goalkeeper's down too slowly to a free kick that's curled low around the wall. He redeems himself by palming a shot onto the post as Birtley try to push forward and Marske catch them on the break. A Birtley player blocks a shot on the line, Marske get the ball mixed up in their feet when it looks easier to score, while at the other end Nicholson beats the keeper but squeezes his shot past the post. Birtley's physio cups a cigarette behind the dugout, children play three-on-four behind the goal his team are attacking, oblivious to what's happening on the pitch. 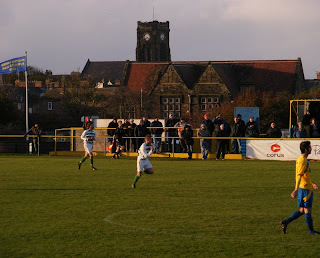 For all Birtley's effort they rarely look like scoring and it's Marske who kill the game with four minutes left. A run and cross from Karl Charlton, scorer of the second goal, is tapped in by a substitute as Birtley's defenders struggle to get back. "We could have won that six or seven," says a Marske fan at the final whistle. His team go third after three league wins in a row, while Birtley's loss is tempered by the fact they've already gained more points than in the whole of last season. "We just didn't have the fitness in the second half," says one of their players after the game. It might be Stuart Nicholson's last - on Tuesday he starts a trial at Hereford United. 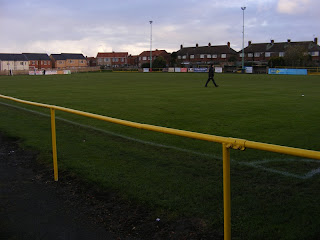 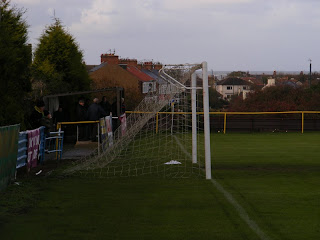 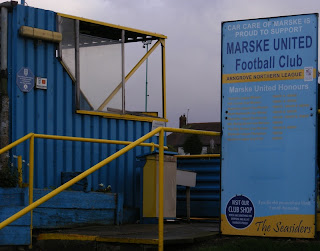 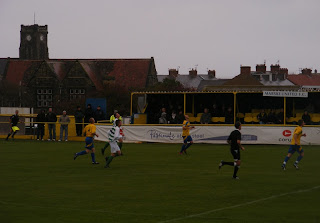