An hour across the River Plate from  Buenos Aires, the tiny port town of Colonia del Sacramento has sandy beaches, tile-and-stucco colonial architecture, Uruguay's oldest church, a cobblestoned centre and a lower-league football team founded by the brother of a World Cup winning coach. Put it this way, it didn't take much arm twisting to get me there.

Just over a week until kick-off in Brazil and one day before the national squad plays its final pre-departure friendly, the domestic league resumes with the quarter finals of the second-tier promotion play-offs.  Plaza Colonia - tenth of fourteen clubs in the regular season but still chasing their first top-flight place since 2005 - host Deportivo Maldonado, who finished the 26-game league campaign seven places and six points better off. 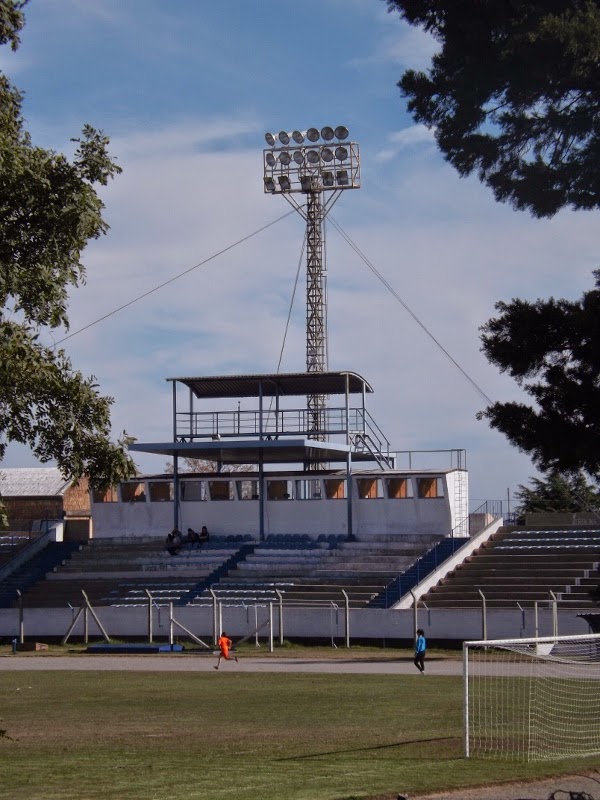 Better off in other ways, too.  Since 2011 Maldonado - average crowd roughly 218 -  have earned over $14 million trading players to European clubs.  Willian José, winner of an U20 World Cup with Brazil and a Copa Sudamerica at Sao Paulo, moved from Maldonado to Real Madrid, his national teammate Alex Sandro to Porto and Paraguay's Marcelo Estigarribia to Juventus on a season long loan.  Although none of the three had ever turned out for the Uruguayan club, their status as Maldonado players meant the sales tax dropped by as much as 75% compared to trading directly out of Brazil or Argentina.  "Damaging tax avoidance," the Argentinian authorities call it.  Deportivo operates “in exactly the same way as any professionally run football club,” counters Malcolm Caine, a British businessman who bought out the previously member-owned organisation in 2010 together with Graham Shear, a London-based lawyer who represented Kia Joorabchian's MSI group during the inquiry into Carlos Tevez's move to West Ham. “Our investment includes infrastructure, managerial, technical know-how, medical and other facilities as well as player development, training and player transfers,” Caine told Bloomberg by email.   Uruguay's 'ghost deals' -  over $70 million in transfer fees were routed through nine clubs between 2000 and 2011 - have now attracted FIFA's attention, with four Argentinian sides fined in March for their part in trades with Montevideo's Atletica Sud America "that were not of a sporting nature", while the Uruguayan government raised the tax on player transfers from 4 to 12.5% last year in an attempt to curb the flow of registrations through its domestic league. 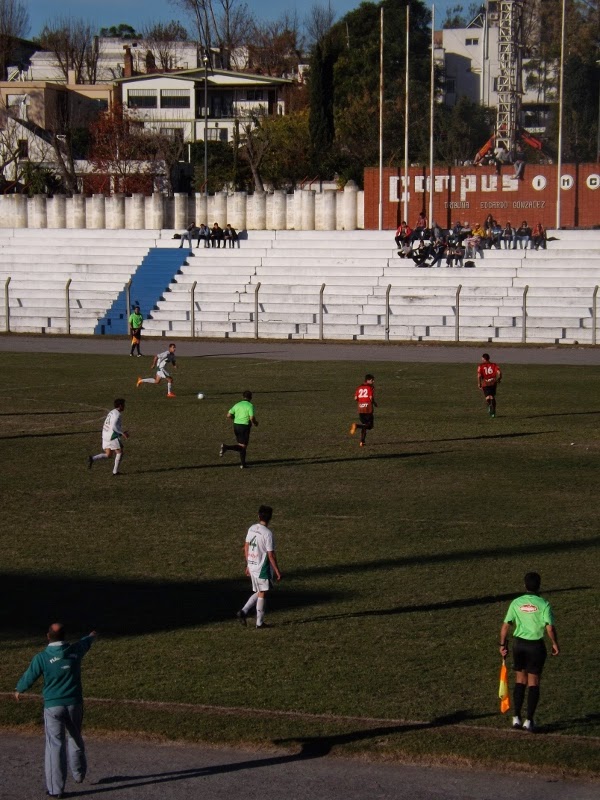 Things are much lower key at the ground itself, with no more than a couple of hundred supporters and a two-man press team inside by the time the sides emerge on to the pitch.  The away side limber up by doing shuttle runs between their team coach and the river, a pair of riot policemen greeting acquintances with kisses as they don shields and helmets nearby.  The home fans drink mate and dress in wooly hats and hoods despite it being the kind of day which would see English supporters don shorts and t-shirts and go topless before half time.  The loudest handful group together behind the goal accompanied by two drums, four flags and a stray dog. 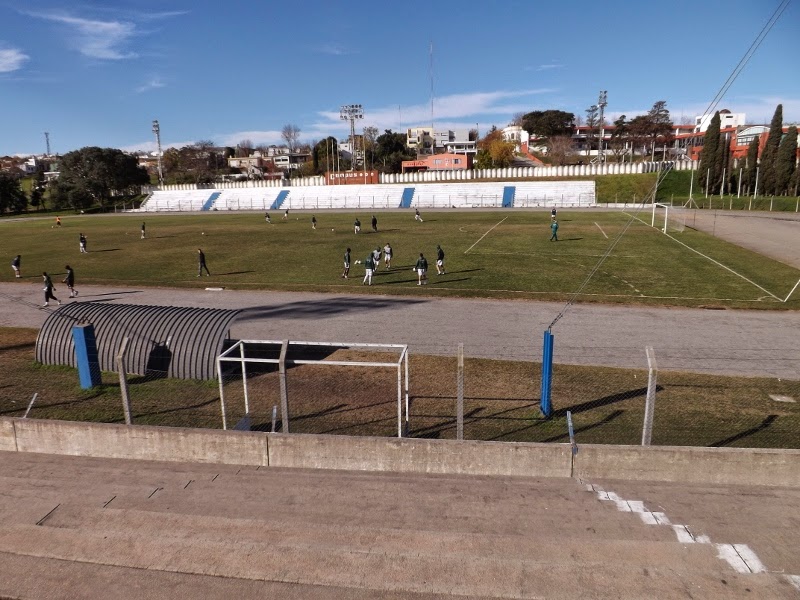 The opening half drones by in a hail of aerial balls and whistles, the fussy refereeing soon attracting the ire of everyone in the crowd.  Moldonado have a couple of set pieces and an offside header turned around a post; Plaza run a lot but get no closer to a goal than the corner flag.  Long before the interval the substitutes are lined up, swapping gossip and high kicking to the right of the bench. 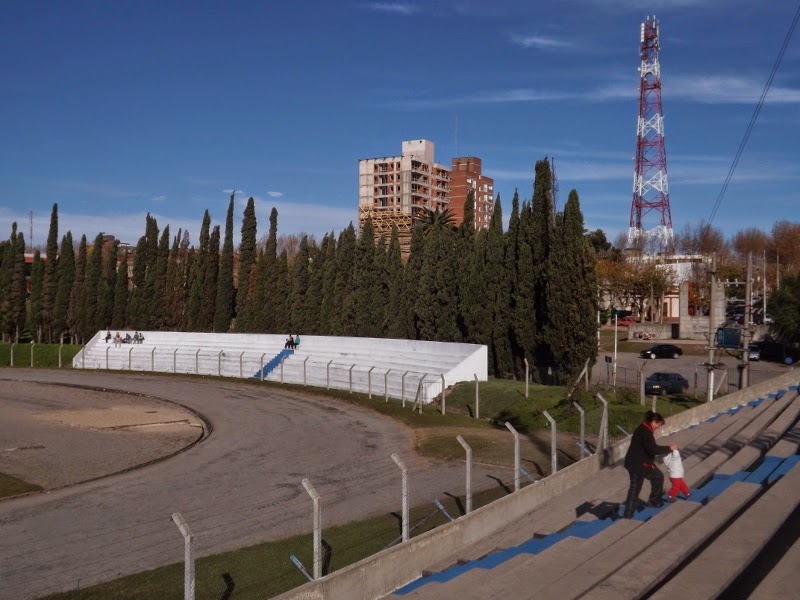 The second forty-five starts with a firecracker and an elderly coach setting off at Fun Run pace to retrieve a lost ball.  He's only halfway back when Moldonado break quickly, 2013 Peruvian league title winner Miguel Ximenez enticing the keeper away from goal before smashing into the corner. "Gol!" comes the throaty roar from the visitors' section. "Get moving," a home fan screams at the substitutes.  Plaza make a double switch, the crowd swells by a dozen or so as a neighbouring school empties, but the linesman's flag denies them twice as Moldonado hold out for a comfortable win. Four days later, Plaza score twice in the away leg to progress to a semi-final with Rampla Juniors.  "An inexplicable defeat," the loser's website says.  It's a word which defines much about Deportivo Moldonado.