In the first half of the twentieth century Whitburn's coastal hamlet and colliery produced up to 1,500 tons of coal per day, the creative impetus for Lewis Carroll and half a dozen FA Cup finalists.  West Ham United's Billy Henderson and Jack Young formed an all-Whitburn full-back pair in 1923.  Portsmouth's 1929 line-up included Jack Weddle at centre-forward and inside-left Jack Smith, both men returning to Wembley in 1934 along with Billy Smith at left full back.  Weddle's hat-trick in the 4-1 semi-final victory over Leicester had seen off a third Smith brother, Sep playing over 500 times for City, attracting £10,000 bids from Arsenal and Aston Villa and becoming by common acclaim "the greatest player ever to wear the club's shirt".  "An extraordinary footballer," Don Revie thought.  "He played a big part in shaping my career."  Joe Smith  also found his way to Filbert Street; Tom Smith turned out for Manchester United, Norwich City and Northampton Town.  The five brothers started in homemade boots with corks nailed in for studs.  Two were capped by England.  They returned every summer to play cricket for the village team. 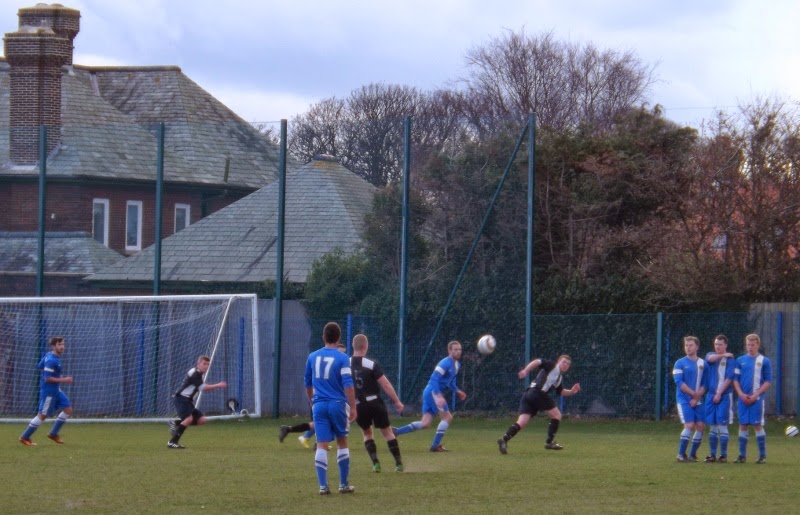 And still the players came. John Hastings was a half-back at Rotherham United, George Farrow a wing-half who played for Bournemouth, Wolves, Sheffield United and Blackpool. Centre-forward Bill Robinson scored a four-minute hat-trick for Sunderland, won the 1947 final with a Charlton Athletic side including fellow South Tynesiders Sam Bartram and Jack Shreeve, and was  player, coach and assistant manager at West Ham United. Keith Waugh, schooled in the village in the same decade the pit finally closed, went on to make over 400 league appearances in goal for Bristol City, Peterborough, Sheffield United and Watford. 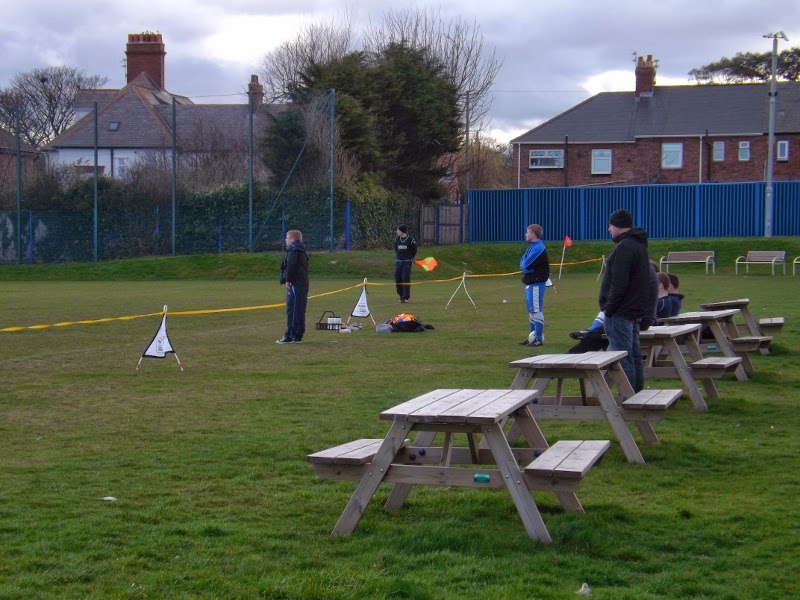 Sep Smith had received a £150 signing-on fee and £4 a week when he turned professional at Leicester in 1929.  Eighty-five years on Whitburn Athletic's amateur footballers train on Mondays and Wednesdays, pay weekly subs and contribute £5 per red card, 50p for turning up in dirty boots and 20p for each goal conceded into the shared players' pool.  Formed by Andy Smith in 2010, three years facing the likes of the Dray and Horses, Wearside Wildcats, East Durham Spartans, Blue Stone Construction, Aquatic Sports and Sunderland University 'B' in the Wearside Combination League preceded last summer's switch to the Northern Football Alliance Division Two.  Their first game was a 4-1 spanking by Longbenton, though last weekend's 1-1 draw against the same opposition marked the club's progress since a difficult opening two months which also saw them lose 3-0 at High Howdon and 7-1 at home to Grainger Park Boys Club. 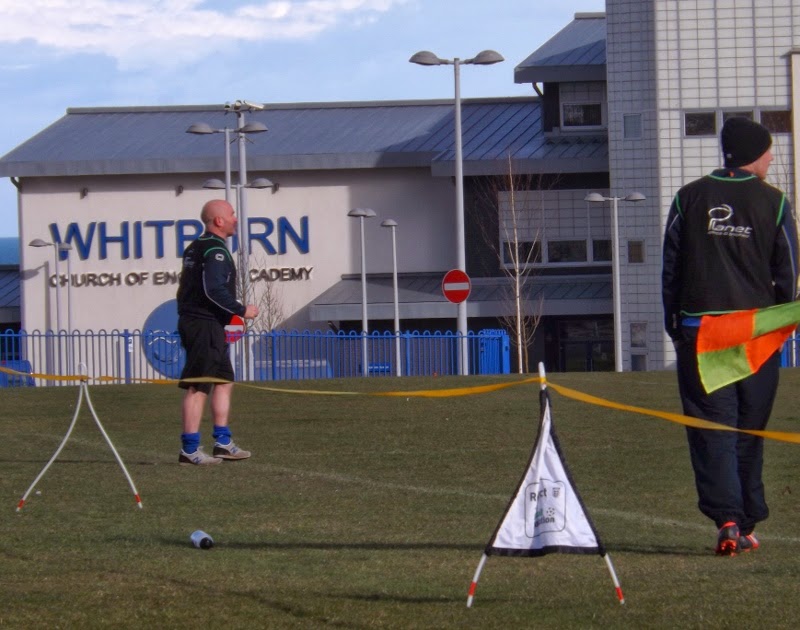 There's a seating capacity of five picnic tables and six benches at the Whitburn Academy pitch, with views of the North Sea and Sunderland's cantilevered stands.  Club officials run the touchline, the perimeter's marked out with yellow tape and the substitutes are kept busy chasing stray balls.  "Keep it tidy, keep it tidy, fellas.  Nothing silly," referee James Milne says just moments before a late tackle draws the afternoon's first yellow card.  "Settle doon, that's his first one," shouts a High Howdon Social Club defender.  "He won't listen, man," says a teammate. "He's still in nappies, this one."  The complaints are even louder when a Howdon midfielder gets a straight red.  "He's gonna gi' wu nowt if we whinge so shut it!" the visiting keeper tells his team.  Despite their numerical disadvantage, the away side take the lead on 38 minutes when a Whitburn player is dispossessed and the hardworking number 9 rifles a shot into the bottom corner. 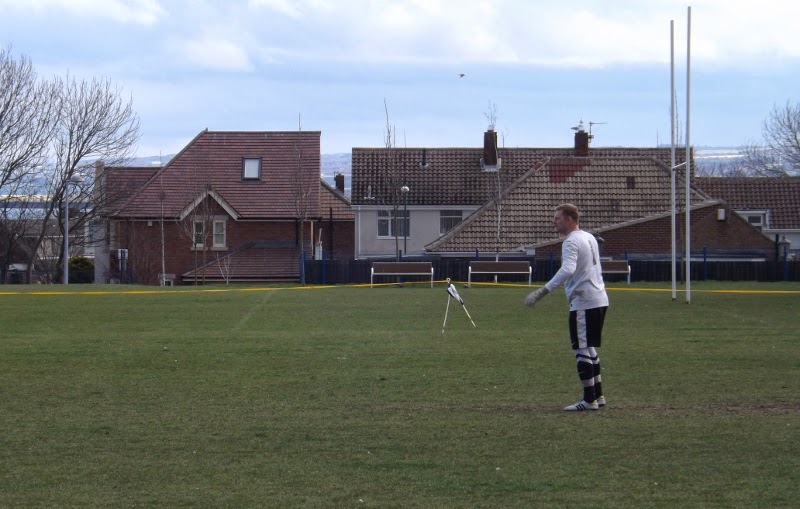 Athletic think they've equalised midway through the second half, their players back on the halfway line and the referee cautioning the Howdon keeper for dissent before he spots the visiting official's late flag.  "Can I have a word, please?" Whitburn's manager asks.  "It looked offside to me," Milne says apologetically.  A goal's chalked off in similar circumstances at the other end, levelling the sense of injustice if not the scoreline.  When the final whistle goes, it's the black and white shirts of High Howdon who are making all the noise. 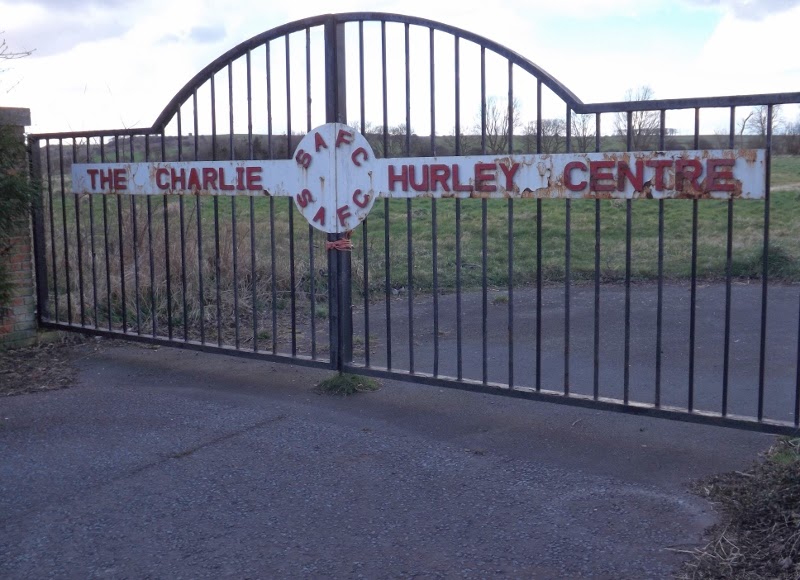 The gates to Sunderland's former training ground, at the entrance to Whitburn village.