Only seven turned up - and only three of those took part in the first season of Craven's brainchild, the Northern League.  Saturday September 7th saw 1,500 supporters and Newcastle East End waiting 45 minutes for Darlington to arrive by train, and Elswick Rangers - beaten 4-1 at Birtley - protests so vehemently about the result that it was eventually counted as a draw.  A Catholic church team, Darlington St Augustine's, won the first title on goal difference from Newcastle West End, who played their home games at St James' Park. 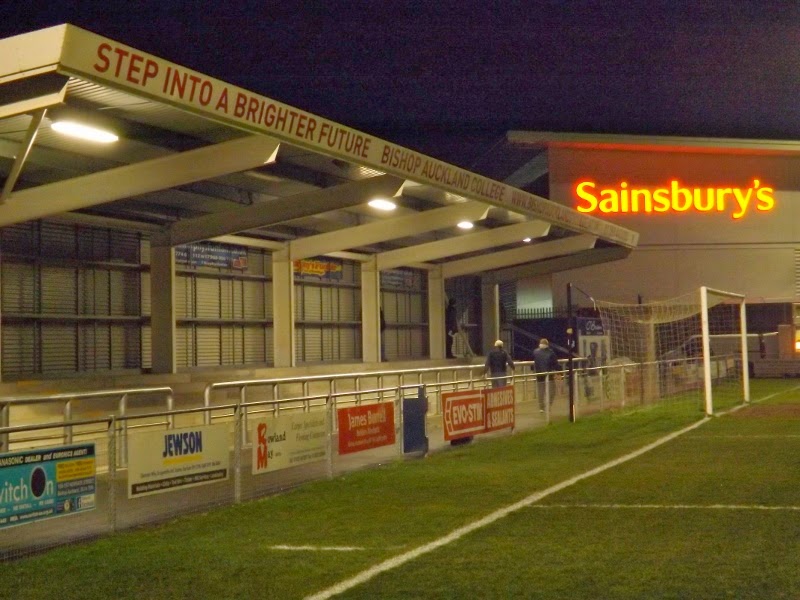 East and West End became Newcastle United, while Darlington, Middlesbrough (fifth and sixth that first season), Scarborough, York City - who registered 746 players in the first three months of their two year stay - and Sheffield United all progressed from Northern League to Football League.  The Blades provided two Northern League players for England in 1892-93, Middlesbrough won the first of the League's 24 FA Amateur Cups in 1895, while Middlesbrough Ironopolis - formed by disaffected members after Boro's committee refused to countenance turning professional - won three successive Northern League titles, played a midweek friendly by "artificial lamplight" and took Preston to a replay in the quarter-final of the FA Cup watched by 15,000 fans.  West Auckland won Lipton Trophies in 1909 and 1911, defeating Juventus and  FC Zürich while finishing no higher than fifth in the Northern League.  Crook Town beat Barcelona and gave the Catalans their second longest serving manager behind Johan Cruyff. 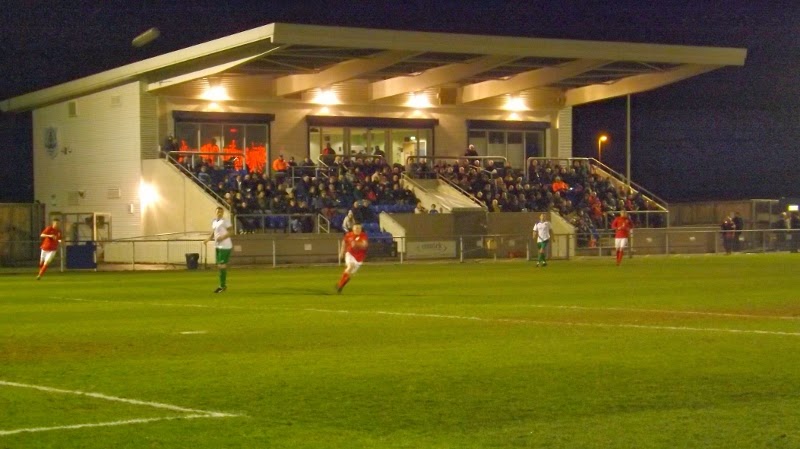 Raich Carter, Bob Paisley, Brian Clough, Frank Clark, Gary Pallister and Chris Waddle are just half a dozen of the hundreds of professional footballers who spent their formative years in the Northern League.  It developed referees and cricketers too:  England fast bowler Steve Harmison played centre-half for Ashington in the mid-1990s; George Courtney, Terry Farley, Pat Partridge, Peter Willis, Michael Oliver and Mark Clattenburg all officiated in the League.  Courtney, Northern League president since 1997,  started out on Cockfield Hill recreation ground - "A public footpath crossed the pitch. Every few minutes I'd be stopping the game to let a litle old lady cross with her shopping bags," he told the he told the wonderful Northern Conquest  - and went on to two World Cups and three European finals. Over 100,000 people saw Crook Town and Bishop Auckland meet in a Wembley final that Kenneth Wolstenhome rated the best sporting occasion of 1954.  Four years later, the Bishops lent three players to Manchester United.  One, Warren Bradley, scored two goals in three games for England just over 12 months after playing in the Northern League.  Seamus O'Connell, another Bishops man, played at Cockfield in October 1954 and then hit a First Division hat-trick for Chelsea against Manchester United the following weekend. Blyth Spartans - "the most famous non-league football team in the world" - came within a minute of an FA Cup quarter-final,  Whitley Bay won three back-to-back Wembley finals, Gretna - Northern League members for a decade from 1982 - lost at Hampden to Hearts and made the Scottish Premier League. 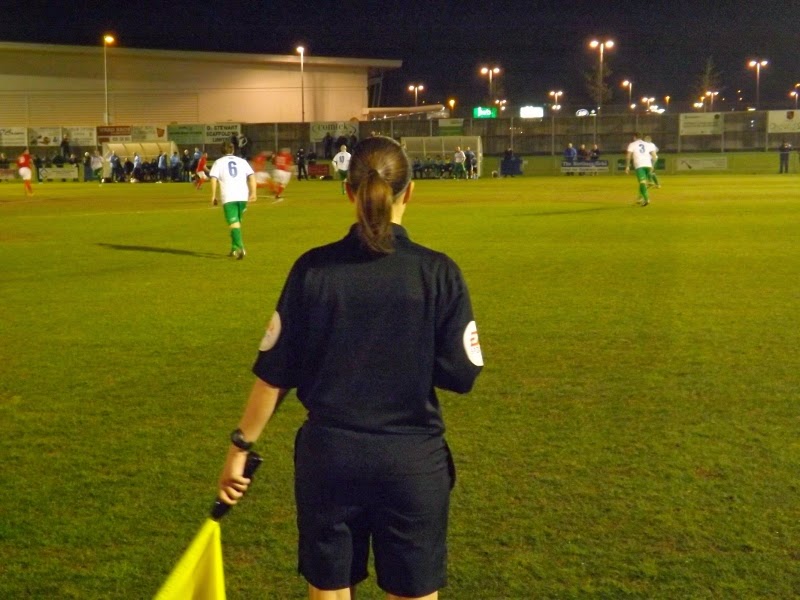 Brown's is now student accommodation and Craven buried in far-flung East Grinstead but the competition he founded - the second oldest league in the world - has endured into his 125th year.  "We wanted to make a fuss of this anniversary for several reasons," says genial chairman Mike Amos, "not least that most of us in league administration are unlikely to be around for the 150th."  Wreaths have been laid at Craven's grave, and a celebration service at Durham's Elvet Church - a pitch's length from that first meeting place - and anniversary lunch are followed by tonight's commemorative game between a Northern League Select and an FA X1 largely drawn from former member clubs. 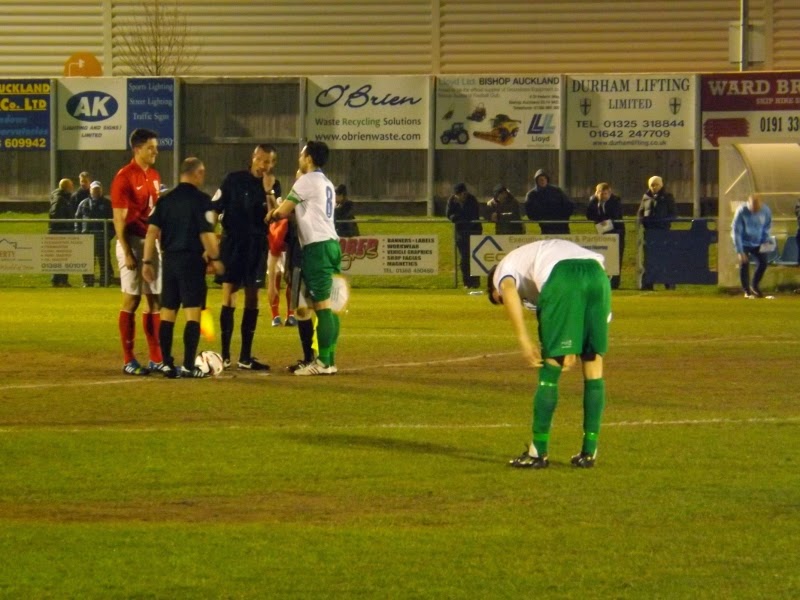 Bishop Auckland's smart new stadium - covered on two sides, temporary seating on a third and a giant Sainsbury's behind the other - is around a fifth full, the damp night, Premier League football and an out-of-bounds bar putting all but 305 fans off attending. "We've got a young team but they're really enjoying it," one of the FA coaches tells me before the game.  "It's a big honour for us all."  The quality of the programme - written nationally, edited in Jarrow and designed in Serbia - is rich testament to a league which continues to innovate and inspire well outside its traditional County Durham borders.  "It's both a real pleasure and an immense privilege to welcome everyone," Amos writes in his notes.  The game itself is incidental to the occasion.  We kick off at 7.30pm, almost 125 years to the minute since the meeting that started the whole thing.  A raft of half-time substitutions is followed by Stephen Capper - Republic of Ireland U21 international, Vase winner and three-time titlist with Spennymoor Town - smashing in from a quick break on the hour.  Ashington skipper Andrew Johnson heads a second eight minutes later, the FA's best chance of a reply foiled when Dunston's Liam Connell turns a shot against the bar.  The players are presented one by one after the final whistle and Bob Rogers, grandson of the founder, talks of his pride in seeing what the Northern League has become.  Outside, fans drift away into the County Durham mist. "If you ask what makes the Northern League such a very, very special place to be," Amos writes in Northern Conquest, "then the principal answer will always be its people."

The League's anniversary celebrations continue with an exhibition at Manchester's National Football Museum (until April 30th).  Former Northern League ground St James' Park hosts this year's League Cup Final on May 6th.  The excellent Northern Conquest is available for just £3.99 from any Northern League ground, on amazon, or by post here.
Posted by Michael at 09:32