If English football fans remember the Saitama Stadium at all, it's as the place where Danny Mills blundered his way through the second half of a World Cup group stage game against Sweden.  For the Japanese, it's the home of their biggest, reddest and most hated club side, Urawa having deliciously squandered an opportunity to clinch the J.League championship in front of 57,000 fans by losing 2-0 to second-placed Gamba Osaka at the weekend.  Today, the fourth pitch of the Saitama Stadium complex is where the back-to-back semi-finals of the Tokyo Senior League Division Two Cup are being played out, the first a Tama Derby between Toshiba Fuchu and Ome FC attended by precisely 21 spectators, one dog, a suitcase on wheels and a baloon cutlass. 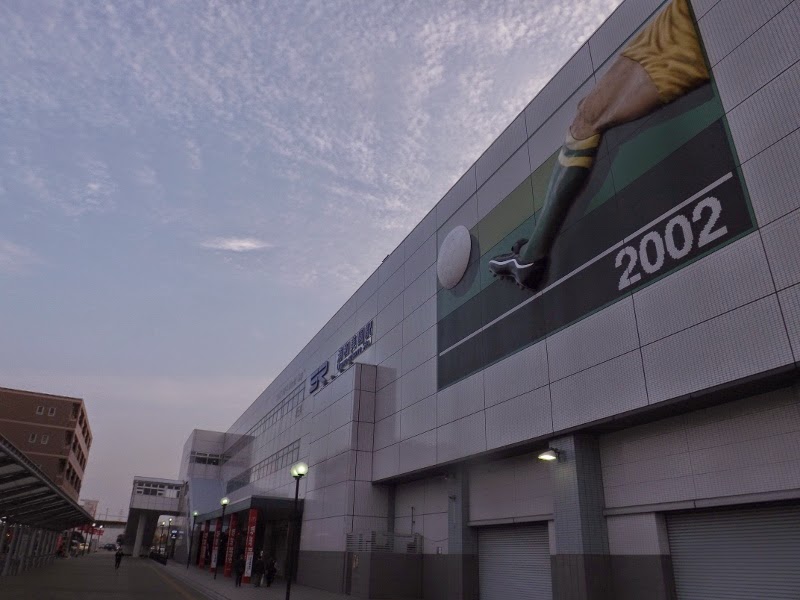 Ome, league champions of a group which included Tokyo Gas, Fuji Xerox, Nomura Research Institute and Sperio Johoku, go into the game as favourites, having already made the final stages of the All-Japan Club Football Championships, though Toshiba, runners up in their own league section to HBO Tokyo, are, like Gamba, no slouches themselves, soundly thrashing the likes of FC Steam, Sumitomo Corporation and Tokyo Bay FC in a campaign which yielded an average of over four goals per game.  Even allowing for the lack of defensive mishaps from Leeds United right-backs, I had this marked down as a high-scoring encounter. 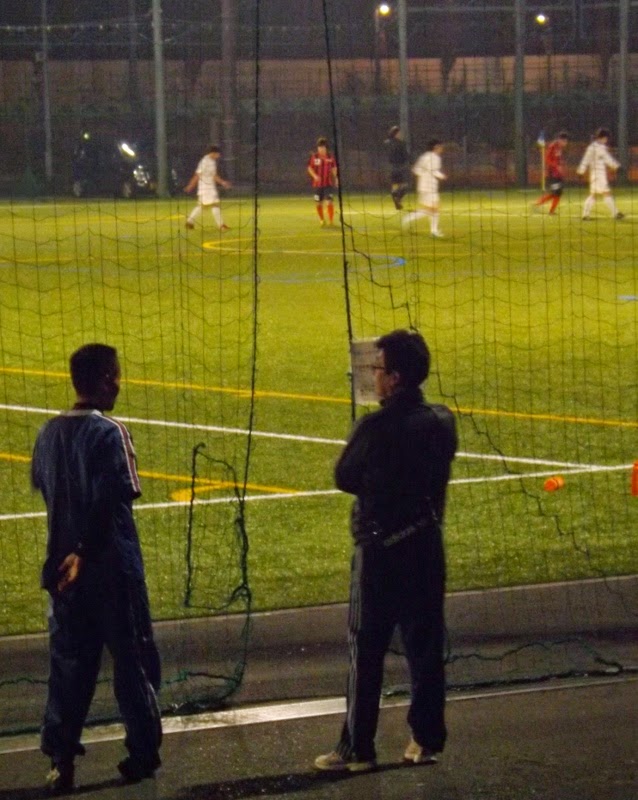 My journey takes 45 minutes, three trains and the same number of prefectures, skirting the route I'd taken to the main stadium nine years earlier and culminating, like then, in a cornucopia of Uwara Reds-branded vending machines, autographed posters, flags on lampposts and a supporters' club banner for every season since 1991, their slogans alternating Eurovision kitsch and the stock phrases of a wedding hall:  Rising Reds, Heart-full Wonderland, Go On Sailing, Sing Out Together Heartily, Forever Always and Take Off Together Now.

With the previous two teams yet to leave the pitch, Toshiba warm-up by playing keep-ball on a tarmacked square while Ome get changed by a flowerbed.  The late arrivals carry the early momentum, their first overlap prompting a chant of  'Ome FC' from the trio of travelling fans occupying a single concrete step, but it's the opposition who break the deadlock, the goal swiftly answered by seven claps, one consonant and two vowel sounds from the visiting support. 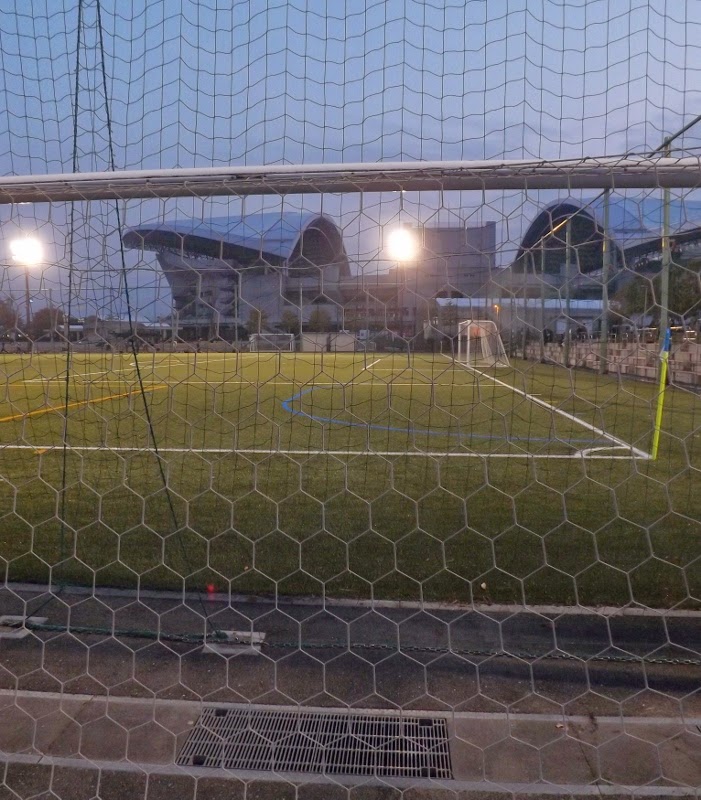 The fourth pitch with the main stadium behind.

Ome waste their first chance to level the scores, the Fuchu backline vainly appealing for offside as a forward  weakly lobs wide in a manner which suggests he's been picking up shooting tips from Mario Balotelli's time on Merseyside. Besides a rebound which is booted clear of the Ome goalline and a Fuchu sidefoot over the bar that has an entire line of substitutes dropping to their knees, the only other action of note in a frankly dull first half is the number of times Toshiba's bench shouts "Hey! Hey! Hey!" when a red-and-black shirt goes tumbling unrewarded in the box. 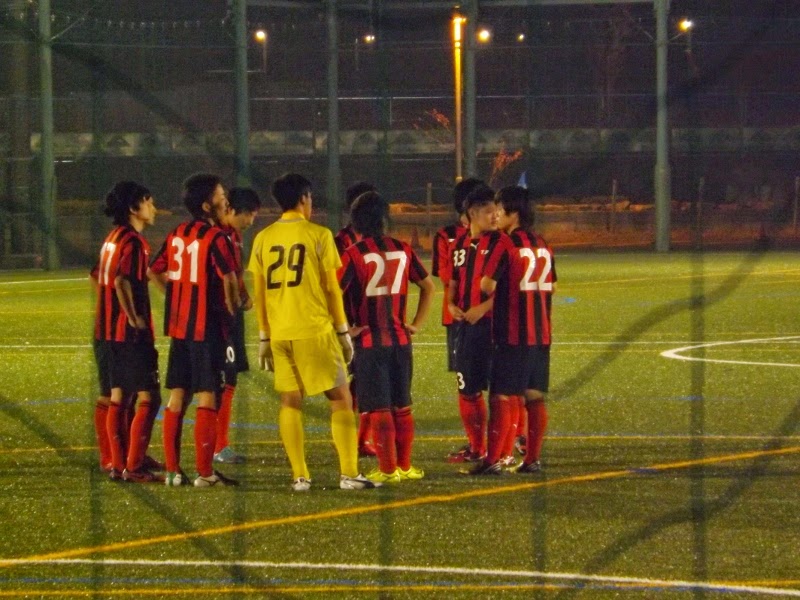 "Lalalala," urge the visiting trio as second period begins with their team on the attack and me halfway through a second can of Kirin's special winter limited beer. Ome switch the ball with menace, finally equalising when a header bounces on the artificial surface and is hooked into the goal.  Fuchu respond with a free-kick that's pushed away and then gathered under the crossbar, but they're unable to keep possession for any period of time and it's no surprise when Ome score again, a free-kick foreheaded in from close range. "Come on," shout their three supporters, briefly waving a blue and green flag, the moulded studs of the next two sides due on already clattering on concrete.