Peter Beardsley was the first real hero I ever loved and lost.  An impish, skittish genius of a footballer - picture Andres Iniesta born two decades earlier on a north Tyneside housing estate and dress him in a pudding-bowl haircut, black and white stripes and a pair of Puma Kings - he blazed, swayed, shimmied, chipped and dribbled his way through four seasons, 147 games and 61 goals of my childhood.  And then, like Chris Waddle before and Paul Gascoigne later, he was gone. "I'm happy," he told manager Willie McFaul just a year after playing for England at the 1986 World Cup. "All I want is for the club to show me the ambition of what they are planning."  "If you're not going to sign now, we're going to sell you," McFaul, pressured by an inept board of directors, replied. "I kept asking myself, "Did Peter really want to leave? And if so, why?" the Irishman pondered later.  Beardsley got a British-record transfer to Liverpool, two league titles and an FA Cup, McFaul the sack, and Newcastle a part-payment on their new main stand and the slow pull of relegation. 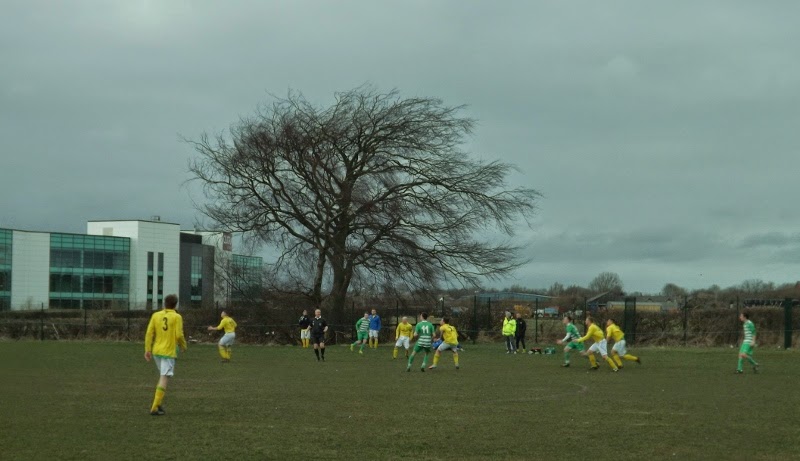 The Merseysiders' first approach to the player was made by Alex Smailes, who'd graduated from a hobby taking photographs of local matches into management before Bob Paisley made him Liverpool's north-east scout. Smailes had been an assiduous fixer and talent spotter during two decades of service with West Allotment Celtic, a pit club whose players once changed in a stable and cowshed before matches in the North Shields and District Churches League.  In 1983, Newcastle United brought Peter Beardsley home from Vancouver Whitecaps and West Allotment moved upwards to the Northern Football Alliance. Eight titles, six cups and 21 years later, they made the Northern League. 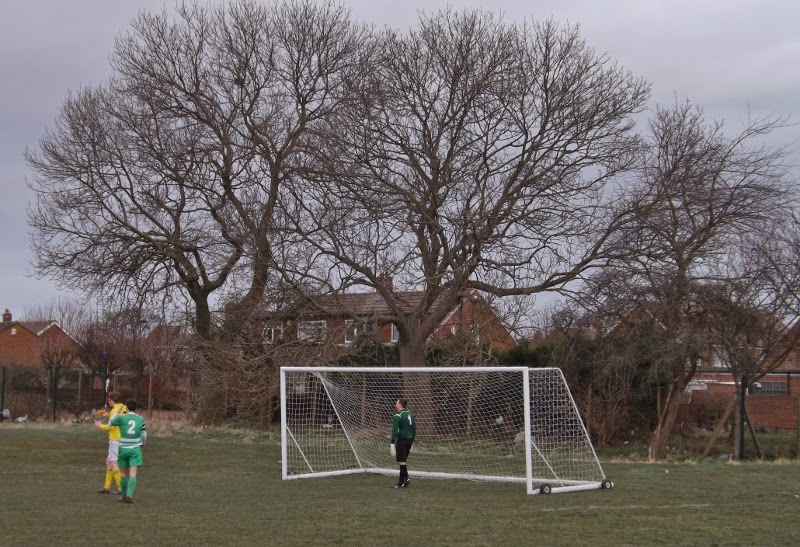 Allotment reappeared in the Alliance in 2013, their A team emerging out of a summer tie-up with Whitley Bay Boys Club.  The youthful reserve side survived an occasionally turbulent debut season in which they lost 20 out of 28 league games and "endured," as the excellent club magazine Three Miles West summarised, "a worrying decline in form, dressing room bust-ups, a change of manager and a small-scale squad overhaul".  Since then they've relocated from Churchill Playing Fields to Longbenton Community College, in whose classrooms, corridors and playing fields Beardsley once honed his skills, but have fared little better on the pitch, shipping 80 goals and losing 16 of 24 games. When I tried to watch them earlier in the season, I arrived to the disconcerting sight of a convoy of cars streaming back the way I'd just come. "Aye, somebody's left the changing rooms locked," a caretaker was telling the only two spectators with studied indeterminateness, "so they've all cleared off somewhere else." 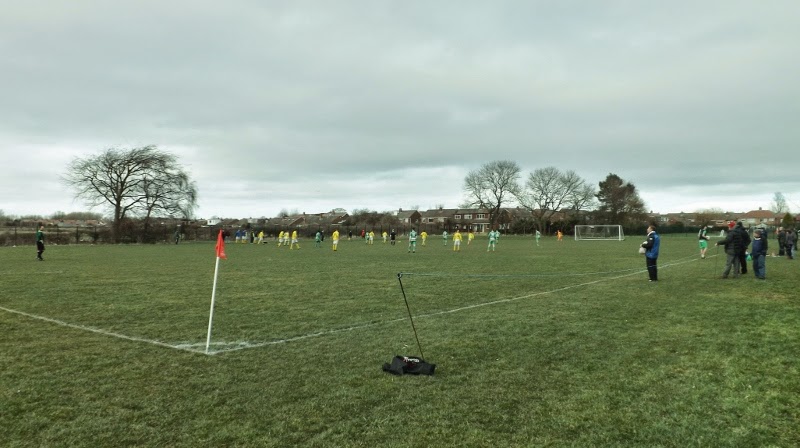 Six months later it's Celtic v Rangers, fourth bottom against top, and green and white on white and yellow. Tyneside's Old Firm of the suffixes is contested on a windswept school playing field, buffeted by North Sea gusts and hidden by a plywood fence.  I count nine non-paying spectators taking refuge in their cars.  "Are you staying in here?" a Gateshead Leam Rangers player asks.  "I would if I could see owt," says a spectator, slapping his paper on the dashboard before setting off across bulldozer tracks in the direction of the pitch. A substitute pisses unhurriedly against a tree, his back to a playground allotment.  In the distance are call centre windows and what must count as one of the less scenic stretches of the East Coast Main Line. 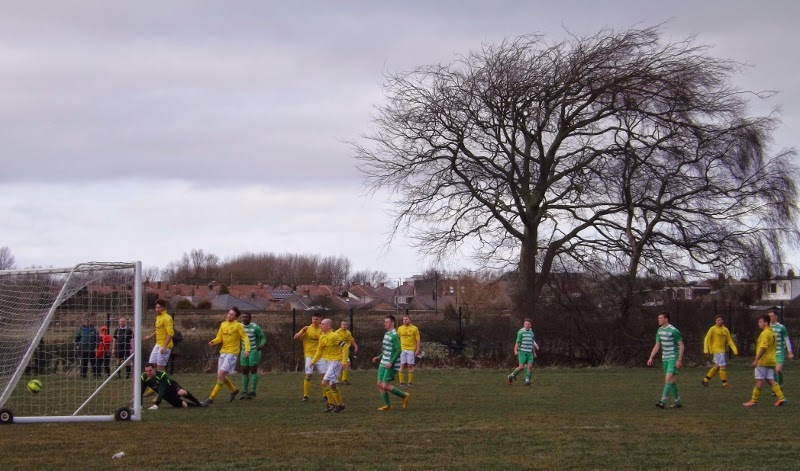 Leam Rangers began in 1993, the year Beardsley came back for a second spell at St James' Park.  "I started one team for my bairns to play in," founder Rob Houghton told Andy Hudson,  "and then it just snowballed."  They score with their first attack and clank the metal crossbar with their second.  "Get on their toes, divvent gan to ground," the trainer shouts, patrolling the touchline with a spare ball and a scrunched-up physio's bag.  "Feet, feet" and "Squeeze, squeeze," players shout to each other. "Liner, howay man, watch the game."  The visitors sidefoot a second goal on the half hour and add a third, after lots of tidy but fruitless Celtic passing play, with the referee checking his watch for the break. 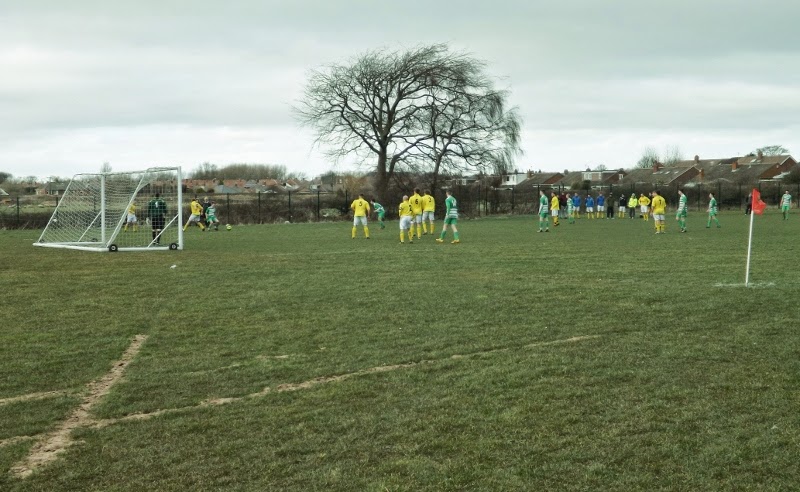 The teams retreat to opposite touchlines. "We start now, Celtic.  Get our heads on," claps an optimistic player.  "We've lost touch," says another. "We need to talk."  But the wind carries their best chance wide of the wheeled goalpost and the away side are soon cracking in their fourth.  "Move the ball into space," booms the Rangers keeper in case the concept hadn't already occurred to the rest of his team. "Concentrate, keep yer heeds and divvent bunch up."  A Rangers forward hits the bar with an overhead kick then cues up the fifth when the Celtic keeper tries to pass the ball out of defence.  Leam, daringly, switch to three centre backs. "Tell us what yer deein," their captain shouts.  "We cannut until we kna ourselves, man," the sweeper replies.  A sixth goal follows regardless.  "Still make an effort, Celtic," says a spectator from the shelter of a tree.  In the last minute of play the home side finally manage a response.  "I telt you to give that extra fifteen percent," the Rangers keeper screams when he finishes giving his goalpost a kicking.  Deprived of his clean sheet, he's still muttering abuse when the final whistle blows. 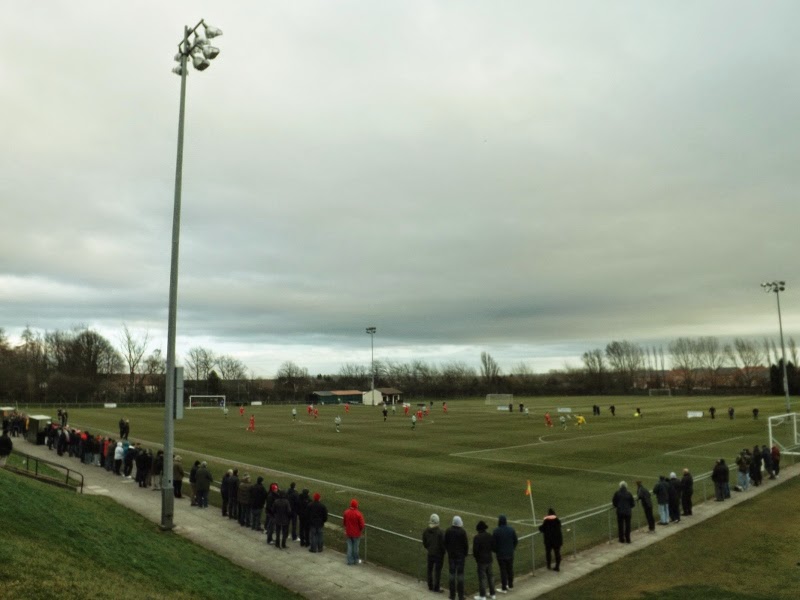 I walk the ten minutes to Blue Flames, where a considerably larger crowd is gathered on the banking overlooking a pristine surface shared by West Allotment's first team and the Northumberland FA.  Floodlight pylons sway, North Shields huff and puff, and a handful of spectators are beginning to drift home. Struggling Allotment hold firm for a valuable point. "We've lost our form," a Shields fan says, "but so has everybody else at the top."