It's blustery, dank and there's a hint of drizzle as we plough through fish and chips by the beach huts and gun batteries of Blyth's South Beach.  Dog walkers in waterproof jackets and tightly-drawn hoods struggle up the coast from Seaton Sluice, where Ray Kennedy transferred from the production line of a sweet factory to six league titles and five European trophies in 14 years at Highbury and Anfield Road.  Driving inland, we pass by the field where Blyth Town play their home games, the Northern League aspirants currently battling again residents' objections and promotion deadlines as they plan out a ground with floodlight poles and 300 seats.  On through the local non-league aristocracy of Bedlington and Morpeth, then ten miles along a B-road to Scots Gap, an old Border Reiver crossing point of 125 people snuggled deep in the Northumberland countryside. 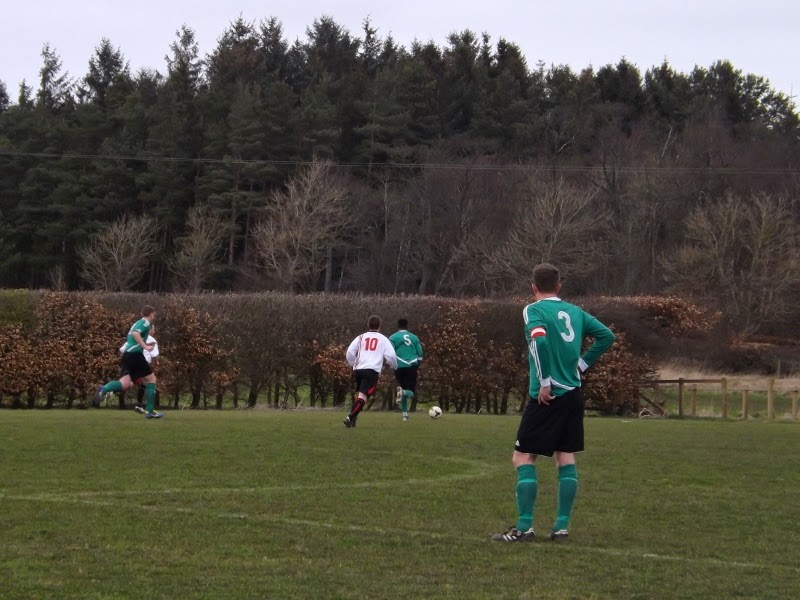 We pull up by the only signpost to get our bearings to the ground.  There's a small cluster of houses, a National Trust office, village shop and garage, a bus shelter listing two services in the afternoon, and a red-brick Methodist chapel.  "Don't think they'll get much of a crowd here, do you?" the driver asks.  We track down Oakford Park at the far end of a cul-de-sac, through a cut between wooden garages with a hut on one side and players' cars parked up along the touchline.  There are signs asking spectators to keep their dogs off the playing surface, the dugouts are marked out with motor registration plates, one of the goalnets is tied down to two traffic cones and a handful of  sheep are lazily grazing between the back of the pitch and the road north to Rothbury.  "Should've played this yesterday," says a spectator, stamping his feet on the grass, "when it was warm." 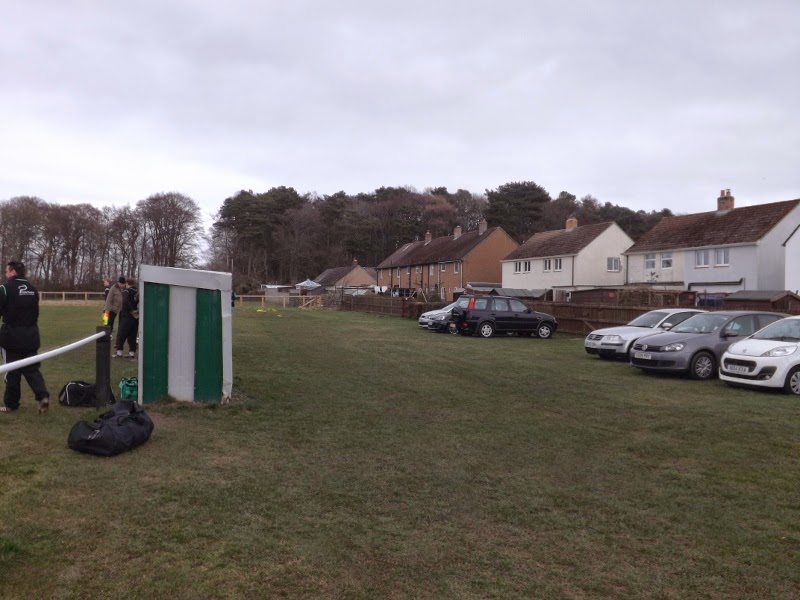 The teams trot out, ducking under a railing to get onto the pitch.  A substitute jumps from the back of a car while the Shankhouse manager bites chunks off a bar of chocolate. Although it's hard to imagine now, his club were once among the pre-eminent football teams in the north.  One of 17 sides in a pit village of just 1,000 people, the colliers were established by members of a Primitive Methodist bible class in 1883, played Aston Villa in an FA Cup fourth round tie, moved to a purpose-built stadium and won six of the first 11 Northumberland Senior Cups before, hauled back from the brink of extinction by a public fundraising drive, they dropped into the Blyth and District League in 1906. 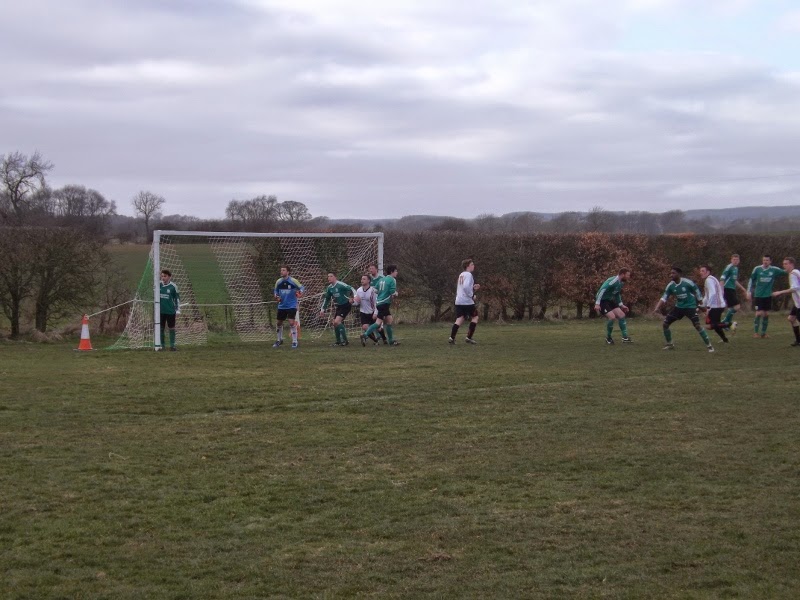 The home side are even older than their opponents, formed in 1877 by workers on the nearby Wallington Hall estate who changed before games in a disused henhouse and travelled away in a horse and cart.  The club won its first trophy at the Longwitton Flower Show, ditched their blue kits for green-and-white in homage to Hibernian's Famous Five,  and clinched their only Northern Alliance championship on the final afternoon of their centenary year.  Current holders of the Clayton and Bay Plastics Cups, the "fiercely amateur side is enjoying probably its most successful period ever," reads an announcement tacked to the village noticeboard alongside signs for dog fouling and an Easter fayre. "We have the finance, we have the facilities, we certainly have the players. All we need is a little extra help off the field."   What they lack this afternoon is a crowd, the dozen or so spectators made up of club officials, substitutes and a middle-aged bloke in overalls who stays for twenty minutes of the first half. "We  used to get a few locals along to watch," Wallington's captain told a Newcastle paper, "but it's a bit like one man and his dog nowadays." 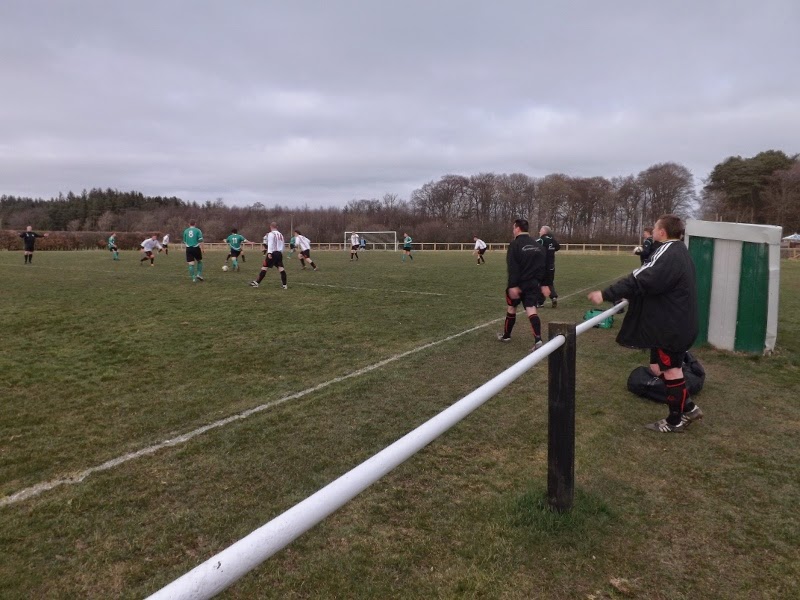 The home side are sponsored by the parish council, Shankhouse by a label manufacturer.  Wallington kick towards a hedge, winning a corner off a Shankhouse shin with their first attack.  "Touch tight," shouts a visiting coach.  "Goalkeeper's toes," instructs a Wallington centre-half. Shankhouse's keeper springs to his left and palms a shot out.  "With his wrang hand an' all," a spectator nods appreciatively.  A Wallington player goes down injured, the physio jogging over with a plastic bucket. "Just roll 'im ower," somebody suggests.  The referee takes a noticeably lenient approach to fouls, playing on through five in a row as the ball shunts around midfield.  "No, no," he says, bending at the knees and keeping his eyes fixed firmly on the ground.  "Do you reckon he's lost his whistle?" someone asks.  Shankhouse get a free-kick. The taker looks to the dugouts;  "If you fancy it, you fancy it," the coach replies.  His kick dips past the wall and in at the near post, squeaking past the goalkeeper's fall. "I'd text the score if I had any signal," a spectator complains. "If in doubt, give it a welly," someone advises the Wallington defence. 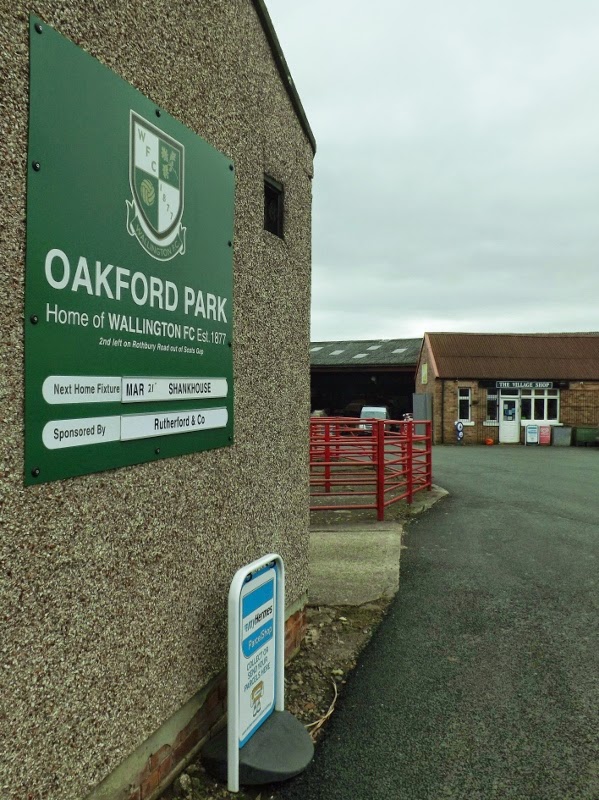 At half-time the teams retreat to the clubhouse and the spectators back to their cars.  "Toon two-nowt down," says a Shankhouse official, pulling a holdall out of his boot.  "Fella on the radio says it could have been five," adds a bloke in a manager's coat, pressing an earphone in with his finger. "They've only been playing half an hour as well."  Wallington start the second period attempting to play patiently through midfield.  A centre-half strolls up the pitch, picks his pass and watches as it bounces back off a knee and dribbles out for a throw.  "I telt them to welly it," comes an all-knowing comment from behind. A Shankhouse corner is scrambled away by the goalkeeper, a defender booting the ball clear before the whistle belatedly sounds.  "I wasn't sure if it was in the D," apologises the linesman from halfway.  "Yer kidding, son!  It's the same size as the centre circle, man," a spectator laughs. "Do you want to come down and check this time?" the referee asks.  "It was on the line," he says to a Shankhouse official.  "You've got the wrang bench, ref.  I'm not fussed if we take it again." 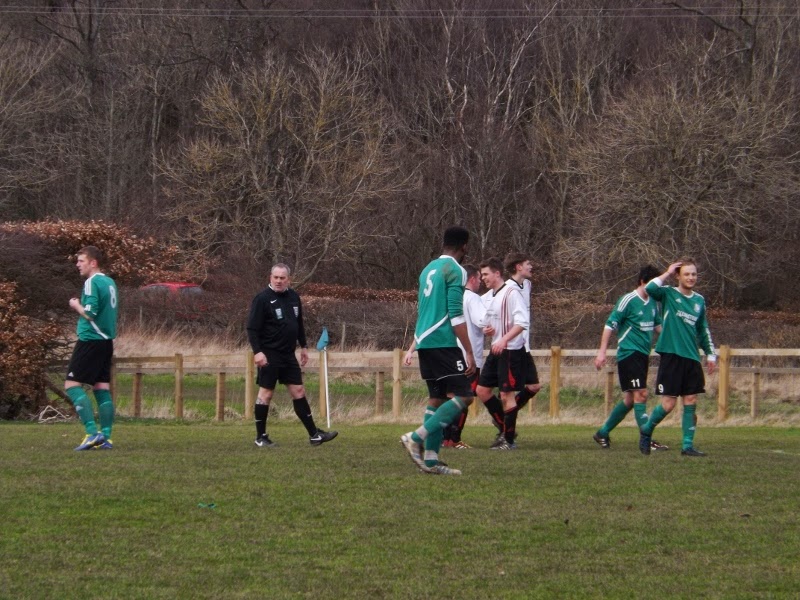 A Shankhouse player drops a shoulder, cuts inside and shoots into the top of a hedge, a home defender racing back with a wooden plank to retrieve it when it falls into the neighbouring field. "Can we pack in with these short corners?" the Wallington keeper says to no-one in particular. "Angles," a player shouts. "Space," yells someone else. Chasing the game, the greens throw all three substitutes on, and a midfielder takes a quick free kick off a retreating Shankhouse player's ankle before falling to the ground.  The visitors bring their manager off the bench - "If your warm-up doesn't end soon, the game will be ower, man," a coach tells him - clatter the crossbar then turn in a second goal with four minutes to play.  "We played better last week than we have today, mind," a Shankhouse spectator says.  "Are Newcastle still getting beat?" 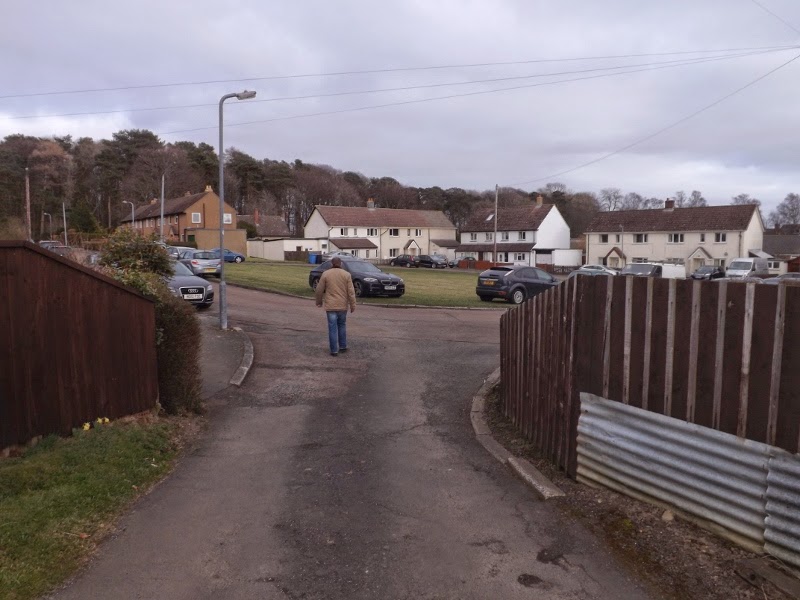 Next week I start a new job in Japan, where I'm living a ten-minute walk from the stadium that hosted the final of the 2002 World Cup. A Saturday afternoon in Wallington is a wonderful way to bow out.  Get there if you can.