There were seven clubs in the first year of the Northern Football Alliance, which began in July 1890 and closed "in a harmonious manner" with Sunderland 'A' as champions and "only one protest during the season".  Before the century was out membership had swelled to a high of 24, admission had been fixed at 4d a game, and Sunderland and Newcastle United had jointly staved off a motion to make the competition "purely amateur", their reserve sides limited instead to fielding no more than "two league players in any match". 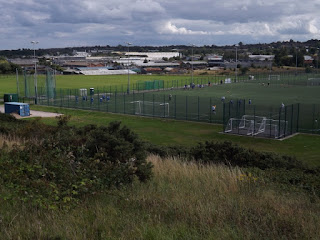 The professional clubs simultaneously retired their teams in 1901, the Alliance outlasting both a decade as the second division of the North-Eastern League and a year off for lack of entries in 1964-65.   "A proper Geordie football league," as one observer wrote, it begins its 125th year with a club membership of 47 and three divisions, the lowest now home to 'A' sides from West Allotment Celtic and Gateshead, whose under-19 set-up joined as one of five new entrants in May.  "Gateshead's young stars will play in the Youth Alliance in midweek and the Northern Alliance at the weekend. The club  are hopeful at least three or four of their squad will go on to become first-team players," reported the Newcastle Evening Chronicle. "I'm expecting us to finish in the top two," coach Paul Bryson said, "and then go on and be even more competitive next year."  The rest of the division are rather less sanguine about their chances against a youth programme that's already produced over three dozen professional players. "Glad that's out of the way," Prudhoe Youth Club tweeted following their 6-1 opening day defeat. "Next up," announced Hazlerigg Victory after swatting aside Whitburn Athletic on the same afternoon, "is the tonking off Gateshead FC 'A'.  Gets it done early and they'll do it to everyone else too."  In the event, the youngsters scraped a 3-2 midweek triumph after trailing at half-time. "Can't be disheartened when the opposition are on £45 and five training sessions a week," the beaten home side tweeted at the end. 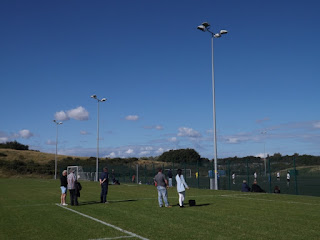 North Northumberland League double winners Alnmouth are fellow newcomers to the Alliance, trotting out on to Gateshead's artificial turf buoyed by an opening day victory of their own. Their players do shuttle runs while the home side form up for a team shot and a handful of spectators unfold camping chairs on an overlooking pitch.  A few Boreham Wood fans file through turnstiles in the background as Alnmouth's manager announces his team.  "Plenty graft, lads," he says. "Drown them out, stop them playing.  Same thing as last week."  The referee jogs over with a flag for each team.  "For throw-ins only, sorry.  I'm the only one who can call offsides," he apologises. "Durham FA rules." 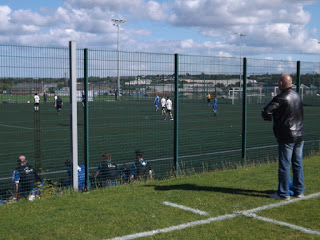 Gateshead have 10 passes and a shot on goal in the first 15 seconds, almost score with their next move and get a corner from the third.  "We're ganna get some fitness done the day," Alnmouth's manager jokes. The visitors go close with their first shot. "It just takes some time to get used to the pitch," a substitute explains. Gateshead weave passes across the plastic grass, seldom missing feet but not able to hit much else thanks to some careless finishing and half a dozen smart stops from the Alnmouth keeper.  The home team hit the post, twice shave the crossbar and have a headed goal ruled out for offside.  "I want to know the stats from this game," says an Alnmouth sub.  "I hope he blows the whistle soon so we can have a 15-minute sit doon," thinks someone else. 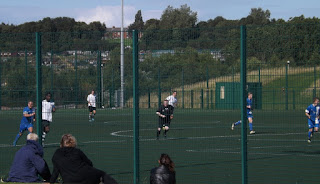 Gateshead's number 10 slides the first goal in at the post with a minute to half-time.  "It's hard, like," an Alnmouth player says.  "They're much fitter and faster than us." "We'll gan 4-5-1," says the manager. "You divvent kna where they're gannin," laughs a centre half. "It's move, move, move."  The number 9 gets Gateshead's second and third goals before Alnmouth's 11 swings in a free kick which evades a dozen players and sneaks in at the far post.  Gateshead score again within 30 seconds and then tap in a fifth with quarter of an hour left and Alnmouth running themselves out. "It's getting embarrassing now," shouts one of the players as the sixth flies in.  "We expected it," says the manager, the home side playing through his defence for their team's seventh goal.  By the end it's eight.  "Divvent worry, lads," someone says. "You won't be the last team this lot give a howking to."