Bruce Grobelaar won six English titles, three FA Cups, three League Cups, a European Cup and five Charity Shields during 440 games for Liverpool but couldn't keep a clean sheet at Glasshoughton Welfare FC.   The 49-year-old was living in Wakefield and had a job selling golf holidays when he made a one-off appearance for the ninth-tier side.  "The reason I'm here," he explained to The Telegraph's Jim White, "is that the club secretary sent me a letter asking me to play.  I kick a ball around at the sports centre near here for a five-a-side team we call the Brothers of Judea and he'd seen me there. He said that they were in such financial difficulties they were about to fold and wondered if I could help." "Bruce has saved us," admitted Welfare secretary Lee Bradshaw. "It costs us about £15-20,000 a year to run the club and we're hoping to make three quarters of that on the day. His last club was in South Africa and we had to get international clearance for him.  When I rang the FA they said: 'Bruce Grobbelaar play for Glasshoughton? You've got no chance.' Well, I wasn't going to take that. Not with the future of the club at stake. We finally got his registration through with an hour to spare." 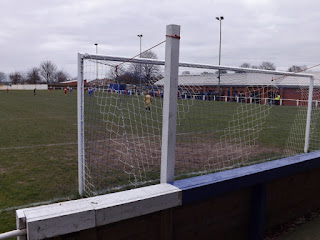 Eight-tiers below Grobelaar's First Division heyday, Glasshoughton's attendances had dwindled to around 50 but well over 400 turned out to see him take on Maltby Main. There was a bouncy castle and souvenir stall, the ground's naming rights had been sold for the day to a children's fun park and a banner was slung across a fence inviting passers-by to 'Come and watch Bruce Grobelaar make his debut'.  The European Cup winner arrived in an Astra and did enough to coax his struggling team to a 2-1 win. "It's been great playing the full 90 minutes," he told the man The Guardian despatched to cover the afternoon's entertainment, "though I reckon I'll be needing to rest for a week." 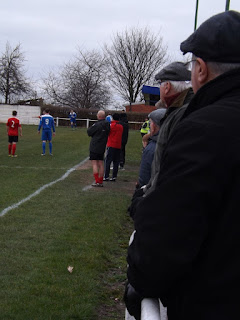 When Glasshoughton were formed as Aston Sports in 1964, they were a works team for a steel foundry and played on park pitches in the Castleford Sunday League.  A decade or so later, the Miners' Welfare provided a permanent ground in return for taking on the name of the defunct colliery side, a move which enabled the club to move through the West Yorkshire and Yorkshire Leagues and into the Northern Counties East Division Three in the year Grobelaar started his second successive European Cup Final.  When the Zimbabwean pitched up for his 2007 rescue mission, Welfare, a fixture in the NCEL's top-flight for 16 seasons, had lost almost all their committee to retirement and were about to endure a catastrophic pair of seasons in which they were relegated, went through four different managers and failed to win a single time in 52 matches between February 2008 and September 2009.  "We had to pull in 16 and 17 year olds to play," the club's chairman reflected.  "At times it really was men against boys." 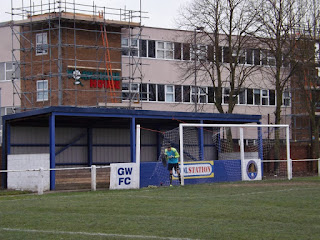 Glasshoughton had already lost its Colliery and Coke Works, a pit wheel on a roundabout all that remains of a mine that employed almost 4,000 people and produced 1.2 million tons of coal a year.   The miners have been replaced by diners at an Asian buffet, an outlet shopping village and an Asda; an indoor ski slope and cinema have been built over where the spoil heaps used to be.  Described by one visiting hopper, a tad unfairly, as "very, very basic", the nearby football ground has half a dozen steps of covered terracing directly behind one goal, four rows of bucket seats and benches straddling halfway and a brick clubhouse - shared with the bowls and cricket clubs - all the way down one side. Bare trees loom out of grass banking, dead leaves poke through the bottom of the net and the goalmouths already have an end-of-season look with hundreds of stud imprints spotting the dried-out mud.  "We've played more than most on it," an old bloke says, inspecting what's left of the grass.  "There'll be a few clubs with a backlog of home matches after all that rain." 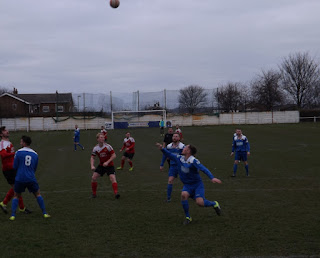 The Knaresborough support is already in the bar, where signed shirts from a pair of Welfare old boys hang side-by-side between the optics and bags of salted nuts.  "If Chelsea win and Stoke lose," a young lad starts reading off his smartphone screen.  "Who are our reserves playing today?" asks a second fan, while a third announces that Wetherby Athletic have scored and a fourth is telling his mate that the away team have only been able to name three subs, including a spare goalkeeper and their manager, Paul Stansfield. "They've lost a few players to Pontefract Colls recently and another two have just pulled out of the squad." 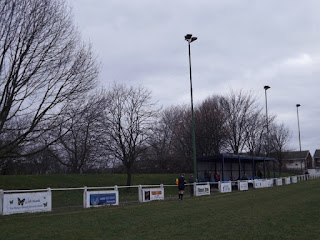 "Straight in from the off," half the visiting team holler.  "Be positive," encourages assistant manager Mark Smitheringale. "Win today and you never know," says one of their fans.  Only promoted into the league in 2012, Town are once more looking upwards, seven points off fifth-placed Hull United but with three games in hand.  Glasshoughton - who came back down last season after a three-year stay in the top-flight - glance a header wide and have a set piece scrambled away, but it's Knaresborough who score first,  a free-kick nodded down, kicked across goal and struck by Fraser Lancaster into the bottom corner of the net. "Don't go soft now," Stansfield warns. "No gaps. Stay switched on." The second goal, fifteen minutes later, follows a similar routine, Lancaster again with the first time finish. "Don't stop," says Stansfield. "Stay in the game." 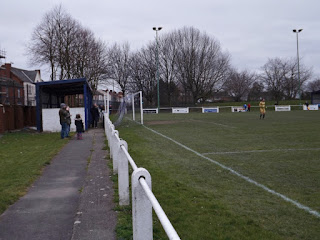 Lancaster's hat-trick comes just before the hour, two defenders eschewing chances to clear before the youth team product smashes in.  "How are you doing this, Fras?" laughs an incredulous teammate as the Glasshoughton keeper hoofs the net in despair.  The rampant Lancaster soon adds a fourth before Ben Joyce, on as a substitute, really rubs things in with a late, late fifth, the otherwise blameless home keeper left disconsolately on his knees after racing out of goal.  "Come on Town," yaps a bloke in a red manager's coat from the corner of the main stand.  "Keep scrapping."

Grobelaar's single appearance at Glasshoughton was captured by non-league blogger Paul Kirkwood, who was also present when Brazil's 1982 World Cup captain Socrates played for Garforth Town. The signed shirts in the bar belong to Sheffield United's Martyn Woolford, who started out at Welfare before his decade-long career in the Football League, and Nick Hegarty, picked up after his release from Sheffield Wednesday's Academy and later a professional with Grimsby, St Mirren and Mansfield Town.
Posted by Michael at 21:57